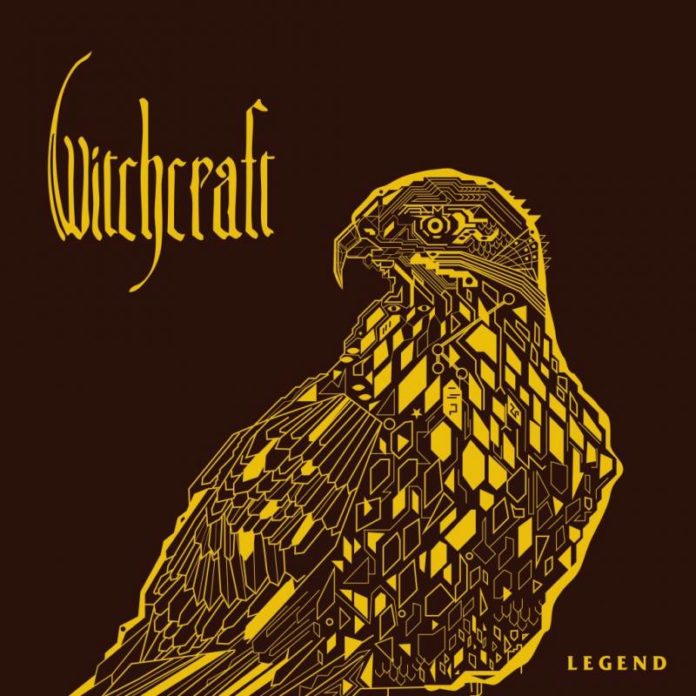 Witchcraft is one of the bands I blame for getting me into doom metal in the first place. I remember picking up a split they did with fellow doom revivalists The Sword back in 2007, after the release of their first three albums. I had no idea who they were or where they were from, but their almost-folky oldschool psych-rock vibe was a perfect fit for a college atmosphere rife with day-glo posters, lava lamps, and a suspiciously skunky smell. Even if you were listening to them on CD or mp3, you’d swear you could hear the unmistakable pops and cracks of vinyl – it was just that old-sounding! While their instrumentation was somewhat light and frought with enough hooks to introduce relative neophytes to doom metal, their themes and riffs had more than enough heaviness to satiate the most devoted hesher. I devoured their three previous LPs – Witchcraft, Firewood, and The Alchemist – in a matter of days, and seeking more like them led me back into the depths of doom itself; back to legends like Pentagram and Saint Vitus. Five years later, and Witchcraft has finally returned with a new album crewed by a mostly-new lineup. But how does it hold up to their older works, and more importantly, how does it hold up in a field now crowded with dime-a-dozen doom-revivalist groups? Well, it’s been giving me just as much joy as their previous work – which is to say, quite a bit.

The band was originally started as a tribute to Pentagram, and they certainly wear their influence on their sleeve. Vocalist Magnus Pelander sounds almost like a dead ringer for the mighty Bobby Liebling, and the band still displays a flawless mix of doom and oldschool psychedelia. But the first thing you’ll notice upon pressing [PLAY] on Legend is that it’s way heavier than anything they’ve ever done before. The classic cuts from their old LPs certainly rocked with a uniquely tube-driven sound, but Legend just has this incredible punch to it in the production that really brings out the heaviness inherent in every riff. From the kickstart of “Deconstruction” through the drum-driven shuffle of “Flag of Fate,” and all the way to the deceptively docile waltz of “Democracy” and the mammoth closer “Dead End,” the riffage just doesn’t let up. Pelander croons over the instrumentation with a passionate bluesy wail, bringing doom metal back to its roots in psychedelic blues rock. The band’s new lineup has also done wonders on this record, with each member both existing in a synergistic relationship while also displaying plenty of unique flairs of their own – I’m particularly enamored with bassist Ola Henriksson, who locks down a solid low-end groove while still taking plenty of opportunity to bring us those sweet, sweet pentatonic fills. Even though he and Pelander are the only original members remaining, the new Witchcraft sounds like they’ve been playing together ever since the beginning – the dueling guitars of Simon Solomon and Tom Jondelius are practically flawless, and the drumming courtesy of Oscar Johansson leaves nothing to be desired. The recording and musicianship are tight, polished, catchy, and insanely fun to groove the hell out to.

To make sure that we remember how fantastic Witchcraft was (and still is!), Metal Blade have seen fit to reissue their previous three albums, long out of print on Rise Above Records. This is a killer chance to experience one of the most consistently excellent catalogs of not just metal, but rock as a whole, and see how the masters of retro-doom have honed their craft over twelve long years. In a world crowded with bands like Graveyard, The Devil’s Blood, Uncle Acid and the Deadbeats, and a veritable legion of watered-down imitators, it’s good to see that there’s still room for Witchcraft at the top of the pile where they belong, even if it took them a good five years to get back there. But once you start up Legend, you’ll know it was worth the wait.