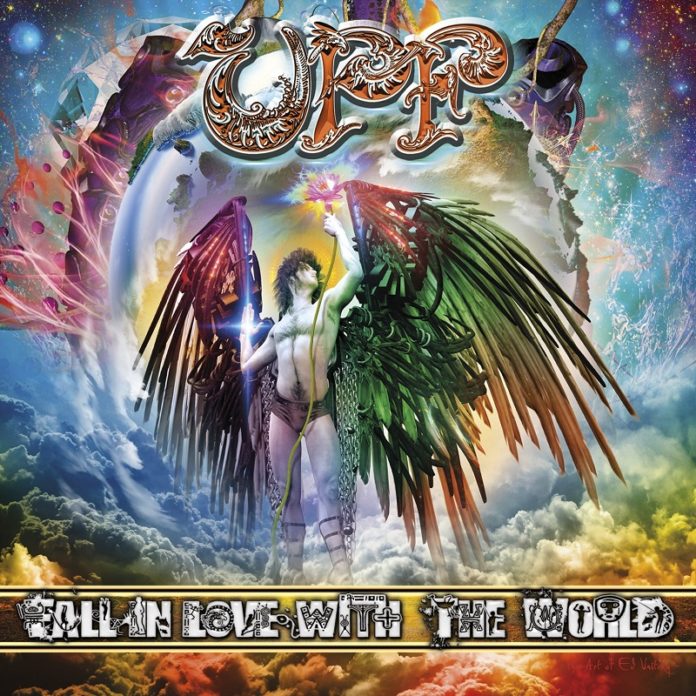 Progressive rock is a genre that, for the most part, refuses to grow up. It’s an unfortunate sight how many established prog rockers continue to live their lives as if every day was in ‘60s Canterbury, composing their umpteenth virtuoso masterpiece from their sheltered middle-class country cottages. The once-great prodigal masters are wheeled out year after year for the ad infinitum world tour of C-list venues and village pubs, each show attended by ageing fans just as naive as they are. The ancient prog hero doesn’t gracefully step down from the stage into the darkness, but rather he is milked dry of all his worth by his corporate masters and adolescent fantasies, confused and beleaguered by a musical landscape he is no longer part of. He stands with his back aching, strumming along absentmindedly onstage, daydreaming memories of when he once rubbed shoulders with the likes of Procol Harum and Arthur Brown outside the UFO Club, hoping that one day, when he finally shakes off his mortal coils, he can be reborn within the canvas of a Roger Dean painting.

And so in a similar vein, Australian proggers United Progressive Fraternity drop their debut full-length Fall In Love With The World, returning from out of the ashes of middleweight prog rockers Unitopia, whose most defining trait was their despicable album sleeves. The album is prefaced with a four-minute long neoclassical overture that only serves as a menacing prelude to the oncoming 60-minute onslaught of decadent dinosaur prog. One of the recurring themes of the album is humanity, which is hinted at through the surprising diversity of the instrumentation, such as the Eastern instruments dashed here and there, but are mostly used as instrumental segues to break up the tiring, indulgent guitar-based sections that are littered with predictability and staleness. The mind-numbingly dry new-age ballad ‘Choices’ is a prime offender, with a lighter-swaying arena rock rhythm, a vague, juvenile ‘message’ about human consequence, and a safe, inoffensive tinge more akin to christian rock than progressive rock.

UPF market the record by trotting out some rather impressive guest stars in the form of former Genesis guitarist Steve Hackett, and Jon Anderson of Yes, who features on ‘The Water’, aiding frontman Mark Trueack with some gospel-tinged vocal delivery. But, for the most part, the majority of the album bears incredibly similar resemblance to Unitopia’s previous material, which begs the question of whether this new project was entirely necessary. It’s the same old debased prog rock snorefest, sprinkled with stomach-churningly saccharine remnants of ’70s hippie ideals, and while it has a positive message, it’s somewhat lost within the merciless barrage of masturbatory virtuosity. This is the uncoolest thing you’re going to listen to this year, but if you make a conscious decision to actually do it, you probably don’t care either way.

If you're having a midlife crisis then you'll love it.
Indulgent, preachy, pompous and juvenile.
1.5

What this have to do with Metal ? I don’t get it.

Well, it’s a release from a metal label (InsideOut Music is part of Century Media) and we have covered progressive rock and metal in the past.
Thanks for reading!

Uh ok thanks for explanation, was a bit surprised about this review. Though there is a good description of postrock inside.