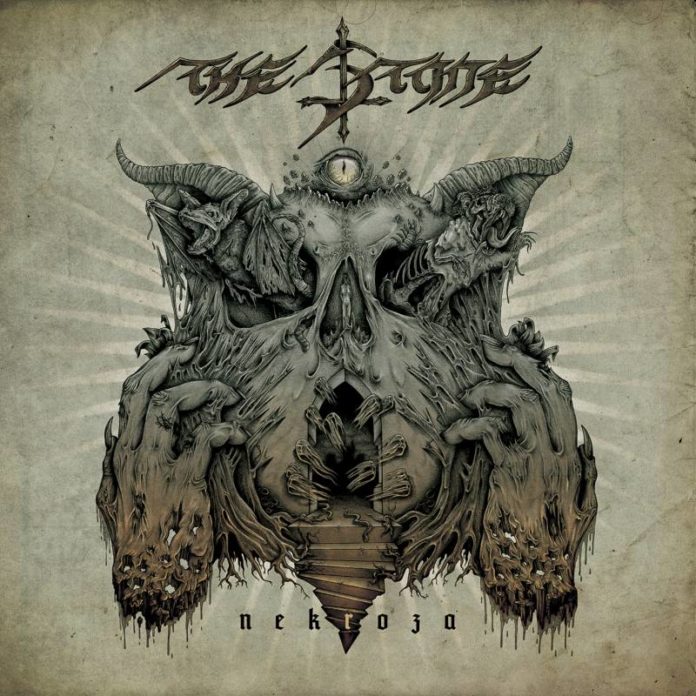 Black metal is most often associated with the Scandinavian scene of the late 80’s to early 90’s, particularly in Norway and Sweden. True, many of the genre’s most popular acts are from there, and they certainly set the foundation for much of the sound and visual aspect of black metal as we know it today. However, there have been regional scenes crop up over the years, and there have even been many bands pop up in unexpected places, like Sigh from Japan, or Judas Iscariot from the U.S. The Stone are a black metal outfit from Serbia, having formed as Stone To Flesh in the middle of 1996. If you’re like me, you probably didn’t know that Serbian black metal was even a thing that goes back as far as the 1990’s, but let me tell you, we’ve been missing out.

Nekroza is The Stone’s latest offering, and it’s left me wondering why I haven’t heard this band before; there is an interesting mix of black metal, death metal, pagan/folk undertones, and even a hint of NWOBHM. The title track is an extremely intense song, with a relentlessly brutal riff that fits in right between black and death metal, similar to North American outfit Averse Sefira; compared to the rest of the album, “Nekroza” is fairly mid-paced, but still hits like a jackhammer, and has a really good, thick bass driving underneath it. There’s a lot of melody throughout Nekroza, particularly with the lead guitar work, which gives the album a somewhat classic NWOBHM feel; the lead guitar work on “Crno Zrno” is a great example of this, and I’m reminded of the similarly melodic new album by 1349. This is a black metal album through and through, with blast beats galore, tremolo picked guitars, and demonic growls, but the melodic elements give The Stone an extra dimension that sets them apart from the rest of the pack. “Mrak”, for example, starts off with a slower paced guitar line, thudding bass, and the second guitar adds some dissonant chords, taking the song into an eerie direction, even when one of the melodic leads are introduced; there a few changes of pace in this track, and the shift in sounds are handled flawlessly, with the slower, heavy riff giving way to a full-on black metal assault, then back to a slower, more melodic section. There’s even a portion of the song that goes into an extremely melodic progression that walks on the line between pagan metal and power metal, not unlike Elvenking, though with a little more fury behind it.

The production is another high-point of Nekroza; the mixing is handled beautifully, and really showcases the excellent musicianship, with each member of the band having a clear voice in the mix. Drums, bass, guitar, and vocals are all easy to pick out, which really comes across in the more melodic sections, though the all-out thrash fests like “Pesimizam” maintain a really hard edge to them as well. The Stone really have a little bit of everything you can possibly want in black, and prove themselves to be excellent songwriters, taking what at first glance seem to be a pretty diverse set of influences, and mixing them into a cohesive and downright excellent piece of heavy metal.

Like I said earlier, this is my first exposure to The Stone, and I’m left wanting to find more of their back catalog. I would certainly suggest picking up a copy at your local record store, and if they don’t have it just make them order it. You’ll really want this album in your collection. You couldn’t ask for a better mix of heavy riffs and awesome melodies on a black metal record than you get on Nekroza, and I certainly foresee many more listening sessions.

Excellent mix of sounds creates a balance between brutal and melodic
Loads of melody
Couple with some seriously brutal black metal riffing, excellent transitions between styles, perfect production
If you don't like melody in your music, this might not be brutal enough for you
5