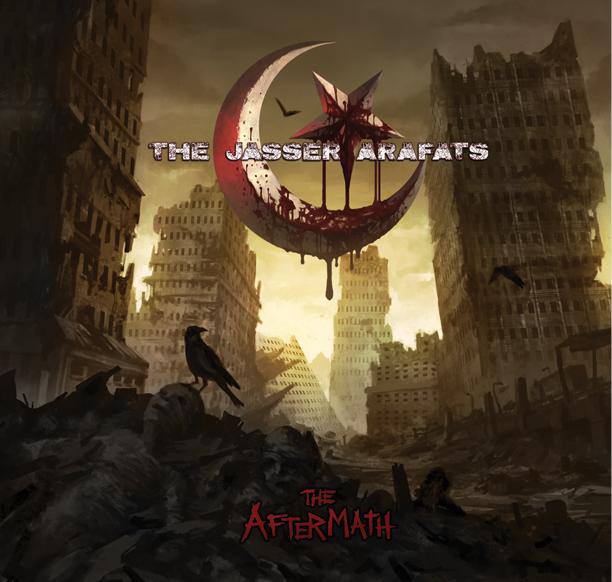 Well, the award for strangest/silliest band name has probably gotta go to these guys; The Jasser Arafats. I’m not even gonna try and guess the reasons behind their name, in fact, I’m not touching that with a ten foot stick. However, you can guarantee one thing: you’re not gonna forget the name of these guys, it’s just a little unfortunate that the name will probably carry more weight than their release. While we are on that subject too, why an EP? You’ve already done an album, why downgrade yourself? This may be a personal problem of mine, but it’s something that’s always frustrated me. I don’t understand why a band would want to make themselves seem less professional than they are by releasing an EP. But I digress.

This is a relatively heavy EP, with some interesting riffs thrown in and some nice melodies mixed in there too. Big and blocky, no messing about. You’ve gotta respect any band that just wants to make some heavy, balls to the walls music. Even if you have heard it done a good few times before, it’s a tried and tested formula and there will always be a large group of metalheads out there who are gonna love it. Gotta throw in a special mention to drummer Jack O Hell, who is tighter than he needs to be and surprisingly interesting to listen to. Also, well done Jack for keeping with the theme of silly names, are Avenged Sevenfold still looking for a drummer? You might fit there.

As with my review of the last Decaying album, I was very surprised to discover that this band are thrashing out of Finland. I think we should probably all start paying a bit more attention to the Death and Thrash scene there, as it has certainly caught my interest, and maybe we should stop associating them with melodic bands like Nightwish and Children of Bodom.

Clear production, the heaviness of a steel girder, not afraid to be a bit catchy and plenty of aggro. Does that sound like your type of music? You’re probably gonna enjoy this then. It won’t grab you by the gonads but it’ll definitely be something you’ll listen to more than once. I have my eye on these guys and I’ll be very interested to hear what their next full length album sounds like. Bring it on.