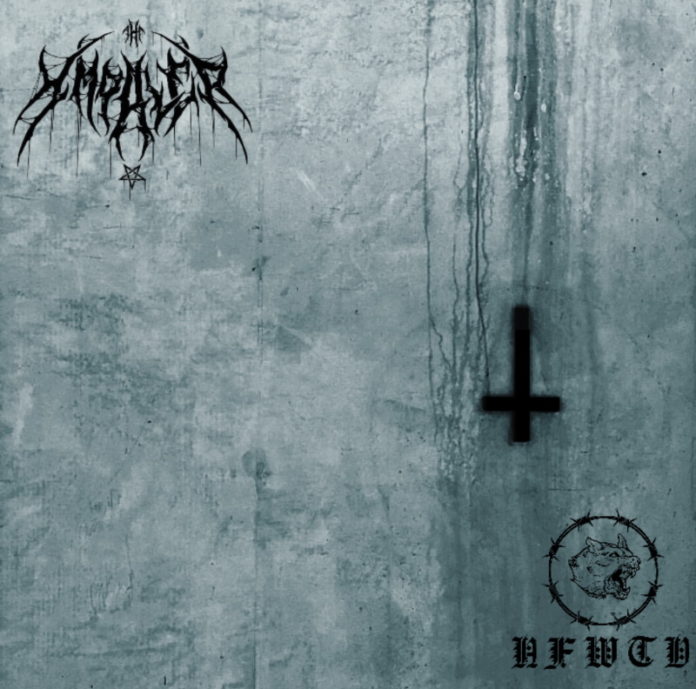 Most of the Australian musical output that’s popped up on my radar for the past decade or so has tended to be of the psychedelic persuasion (as with the excellent Pepper Shaker Records stable and Velvet Trip), steeped in dirty rock (Grindhouse, Groover von Kruger), or repping doom with an extra dose of grief (Earthshine, Horsehunter, and Illimitable Dolor, for instance). But, whether I’m not on the right promotional mailing lists, don’t have my finger on the right pulse down under, or whatever else the reason may be, I haven’t come across much on the more aggressive side of Australian metal, save for a few short-lived sludge groups. The Impaler are a welcome exception, having burst out with their debut album, Death Cult, just last year. They’re already back with another full-length release, though due to the intense nature of their song-writing, “full-length” means the seven tracks of their sophomore album total just over half an hour.

Opening with “Voices”, The Impaler show their personal spin on the fusion of black and death metal, focusing on unsettling atmosphere. A spoken word intro over distorted strings gives that mood a strong boost, which the band leverages into a heavy grind with strange and jagged breaks. As they flow from one song into the next, the album continually impresses on a number of fronts. The fantastic drumming (provided by Jammie Hubbard) is a key point in the band’s pliable inventiveness, letting them blitz along on trigger-sounding rolls or slow down to full-bodied bass slams. And for such a fresh new band, they show a wonderful attentiveness to how their production can be used to further the mood of the music. Injections of sirens, dramatic volume drops or boosts, and altering the sharpness of the timbre for emphasis are just a few of the techniques put to great use. The band’s economy in employing them keeps the focus on the music, and keeps the augmentations impactful when they appear.

The band has an understated but superb sense of how to keep the balance of their instruments in a song shifting and intriguing, with slides and jumps from creepy riffs to raging beats, menacing bass-lines to counter-point vocal shrieks, and so on. Though they don’t approach the more excessive productions of either band, a comparison to Watain blended with early-era Opeth isn’t too far off for some of The Impaler‘s wilder moments of creation. It all comes to a head in the final track, “Release”, a conclusive statement at eight minutes, about double the length of the second-longest piece on the album. Building a slow and heavy riff up through craggy guitar and croaking vocals, then erupting into blastbeats and tremolo, the band taps into some majestic melodic drive at no cost to their chilling tones.

It’s an album that’s so well-crafted, it’s downright shocking that this is only the band’s second album, and in as many years. Powerful, stirring, and exceptionally trim, it calls to mind early Slayer LPs, but with more nuance to the song-writing (and a wider range to the vocals). True, The Impaler don’t have as much focus on hooks, but the songs land deep in spite of that. Thoroughly great work, and one not to miss.

The Impaler – A Fate Worse Than Death
THE BOTTOM LINE
One incredibly impressive sophomore album, and a firm reminder that the Aussies can turn out black metal just as potent as the Nordics
Reader Rating0 Votes
POSITIVES
Excellent song-writing
A wealth of dark moods
A deeply satisfying variety of approaches to their instrumental interplays
Powerful performances
NEGATIVES
As impressive as the leaps in song style are, there are times when they fragment the music more than servicing it
The cliché of the album's title is a disservice to the music it holds
4.5