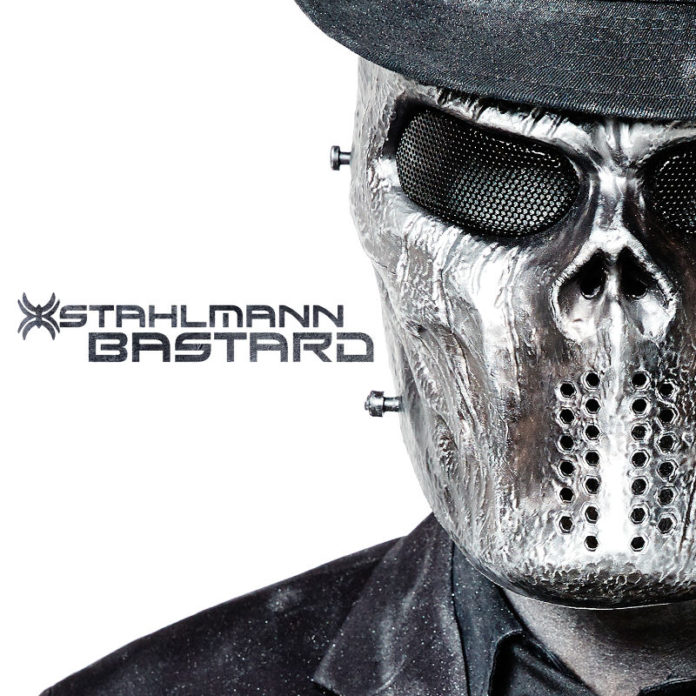 Industrial metal is a tough balancing act to effectively execute. The industrial side has its regimented rhythms and dehumanizing elements, and the metal side its inherent emotionality, as well as a need to push boundaries. Bringing these opposing qualities together without heavily compromising one of them is something very few bands have been able to actually manage.

Which brings us to Bastard, the latest album from Stahlmann, in which the band doesn’t really do either. Oh, there are crunchy guitar riffs, hard-beaten drums, and a rough, growly voice, but the actual music is just dark electro mixed with hard rock. Luckily (this being a site called Metal Blast, after all), the shift from metal to hard rock (and industrial to electro-industrial) isn’t too far a move in stylistic trappings, or mental compartmentalizing, so flick a few brain-switches and you’re in the right region, with most of the difficulties characterizing industrial metal still applicable.

First, for the good news: Stahlmann are better than KMFDM have been in at least a decade, as they sound like they were interested enough in the songs they were writing to manufacture each one from the bottom up, instead of just cobbling it together from the B-side scrap bin. A few cute touches (for instance, it sounds as if they sampled and reordered the default Skype ring-tone for the melody of “Nichts Spricht Wahre Liebe Frei”) add a bit of character that couldn’t be delivered by singer Mart‘s common-sounding growls, and while they never hit the memorability or swollen grandiosity of early Rammstein (“Schwarz und Weiss” coming closest to being an exception), there’s a catchiness to some of the beats which might have you bobbing your head.

On the down-side, things are generally too stiff for their own good. The hard grooves and shifts into stirring solos which mark the better breed of hard rock are virtually absent here, while the high-speed keyboard slicing and mutative potential of more experimental dark electro also goes untapped.  Instead of compromising one side of their musical influences in order to lean hard into the other, it feels like Stahlmann compromised both so as to embrace the most middle-of-the-road combination. The aggression is superficial at best, and the music feels calculated not to scare off those who might find the combination of a fast drum beat/loop, expressive keyboards/synths, and guitar-work unblunted by attack envelope shortening too scary (makes me want an Alec Empire remix of one of their songs, just to see how little of the original would survive). It feels like music made for a market, in short, without even the lively manufactured character of, say, t.A.T.u., to spice things up. The most interesting parts of Bastard are generated by the synthesizers, and those mostly end up relegated to bridges and touch-ups; the rest is standard (though well-produced) modern goth synthrock. Even if that particular sub-genre is your personal favorite, there are much better examples out there.

THE BOTTOM LINE
Aside from some of the processing effects, there's nothing here that hasn't been done in a more interesting way at some point since the '80s
Reader Rating1 Vote
POSITIVES
Clean production
Synths aren't too derivative
Clear mixing of the instrumental components
NEGATIVES
Just doesn't bring much to the table in terms of original or uncommon content
3