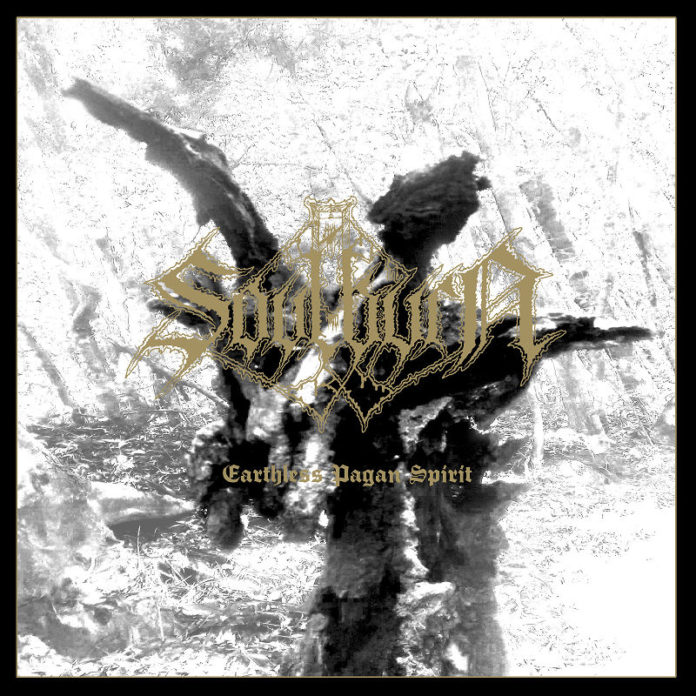 The new album from the Asphyx side-project of Soulburn comes only just two years after their last one. This should cheer the fans up, since they might have been expecting them to continue the delayed-release pattern set by the sixteen-year gap between Feeding on Angels and The Suffocating Darkness.

In keeping with the quick follow-up, the music wastes no time getting into the action, as opening track “Where Splendid Corpses Are Towering Towards the Sun” jumps into sharp and aggressive riffs faster than you can say the title. Operating from a death base, with brushes of black and doom, the band spins the styles together with an emphasis on tonal depth balancing out the speedier elements, using enough variety in the song-writing to make sure things don’t fall into a monotonous rut.

“The Blood Ascendant” and “Howling at the Heart of Death”, for example, show how well the band can roll in slower mode, bringing in big swells of reverb and aching melodies before growling back into the violent ragers. There’s a nice sense of the band’s ease and familiarity in each mood, managing to avoid the sense of worried discomfort that can often weigh down a metal band’s efforts to fuse in one of the other ‘big three’ styles. For Soulburn‘s songwriting, it is clear that while they may not exactly be experienced with everything they incorporate, they’re certainly capable enough to know what works. And for the little spots that don’t quite work, they’re infrequent enough to make the rest that much more noticeable.

The production is less laudable, being a bit of a mixed bag as it tries to merge the cold, sharp flatness of certain black metal sub-types with the richer, earthier warmth of doom (leaning towards funeral), resulting in a semi-muddled product that detracts from powerful crescendoes and the quieter interludes. The mixing avoids relying on constant settings, so some of the material comes off better from this treatment than other sections; unfortunately, the drums tend to be muffled throughout all the songs, obscuring the strong work put in on them by Bob Bagchus.

While it’s an interesting album, with something to appeal to fans of black, death, and doom in near-equal measure, the unevenness of the album seems likely to keep it from becoming a classic. This is not due to the difficulties in merging the metal styles, as the music would frankly be boring if it were a smooth blend. Instead, it feels as though the fault really lies on album’s organization, with the leaps between moods coming too abruptly, and broken momentum giving things a halting progression. Taken on an individual basis, the songs are quite well-done (aside from the issues with mixing), but they just don’t gel together into a firm whole. Although there’s quite a bit here to be appreciated, in the end it falls short of what the band seems capable of delivering.

IN A NUTSHELL
Worth checking out for fans of fusion metal. just don't go in with your hopes too high
Reader Rating1 Vote
POSITIVES
Good instrumental work
Nice development of atmospheres
The vocals hit the fine line between harsh and indecipherable
NEGATIVES
Some muddiness to the mixing
Feels more like a jumble of songs than a cohesive album
4

Rise Of The Northstar – Welcame