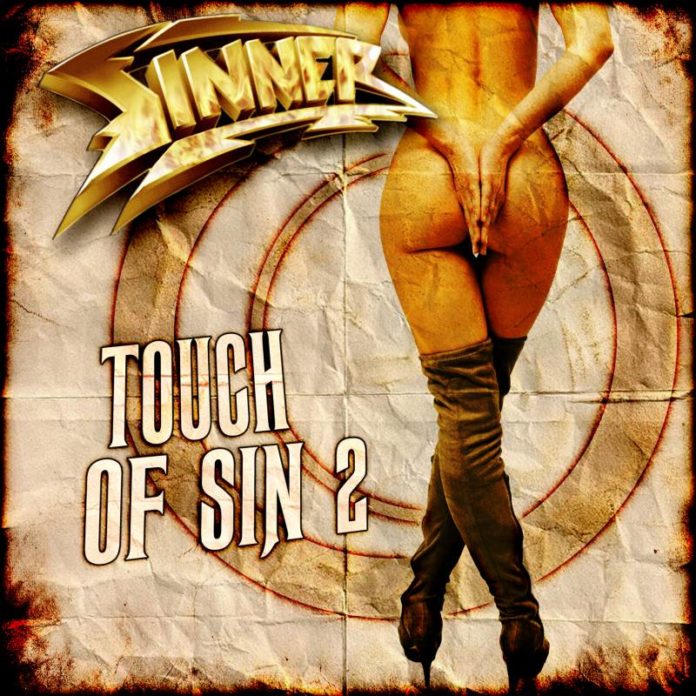 Sinner’s early catalog is a strange and interesting study in everything that heavy metal was in the early-to-mid 80s. There’s a little bit of everything that one would have found around that time: Steaming grooves, Scorpions-styled hooks, a little bit of speed metal, and just a hint of Quiet Riot pop-verve. You can tell that those early records were crafted lovingly by guys who were heavily invested in not only their work, but the music world that surrounded it.

What I’m saying is that, for all of the positives that one could find in albums like Fast Decision, Danger Zone, and Touch of Sin, none of them truly had their own identity. There are great songs to be had for sure and I, for one, freely admit to spending more than a few mornings blasting the Danger Zone LP. But at best it’s a rocking, roiling continuation of the work already laid down by albums like Animal Magnetism and British Steel. In the 28 years since the first Touch of Sin was released, not much has changed for this old German warhorse.

That’s what makes Touch of Sin 2 kind of a sad affair. For as much as I consider myself to be a fan of this band, and as much as some of their more recent albums have been just as rock solid as anything else in their catalogue, the only thing that ToS2 accomplishes is to show that you really can’t go home again, even if home was never really yours.

The performances are good, and Mat Sinner is actually sounding particularly excellent, but the modern recording values have only served to make these old tunes sound lifeless when stacked up against the older versions. The contrast is most noticeable on the new version of “Danger Zone”: where the original was played loosely with a reckless abandon that demanded that the listener sit-up and take notice, the new version lacks its predecessor’s white-hot enthusiasm. It is a simple, generic mug hoister: excellent background noise at any heavy metal party, but nothing to provoke spontaneous air-guitar or choral sing-alongs. The cover of Thin Lizzy’s “Don’t Believe a Word” is just as disposable, not clicking effectively with this band’s sonic persona.

Not all is lost, as the re-recorded version of “Comin’Out Fighting” is one tune that is a drastic improvement over the original, which was victimized by a stilted, snare-heavy mix. The new song, “Heat of the City” is also a great addition to the Sinner catalogue and to your car/iPod playlist.

It’s just not enough to save this album from joining the ranks of pointless, ridiculous re-hash albums that we’ve been seeing more and more of these last few years (We’re looking at you, Exodus!). So as much as I love this band for what they are, and encourage everyone reading this to check them out (they’re a hard-working, old-school band who’ve always deserved more than they got), please don’t start with Touch of Sin 2. It’s not nearly as fun or raucous as the original songs were and to start here would be a disservice to both yourself and the band as well.