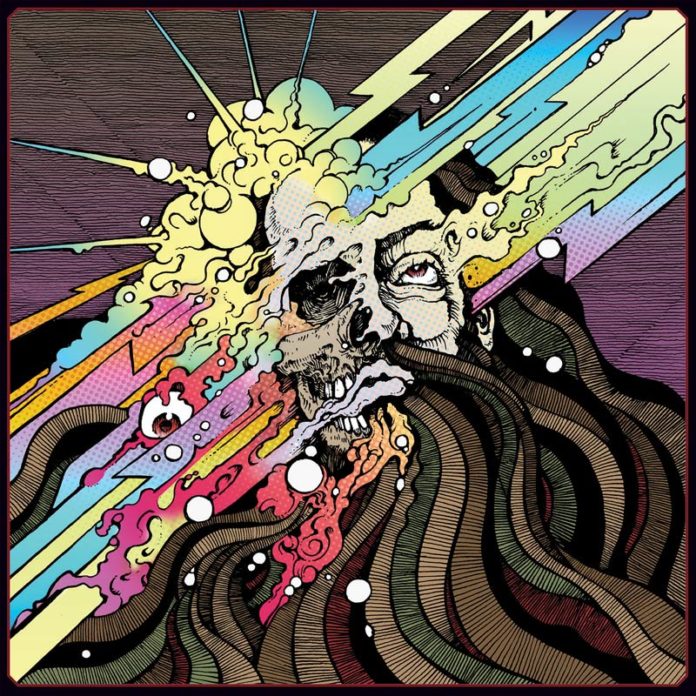 With their debut released in 2008, the Oklahoman quintet of Rainbows Are Free have, throughout the years, orbited in on a solid sense of their musical identity. Happily, familiarity doesn’t have to correspond with predictability, with this new album luxuriating in weird but deeply-groovable territory.

Featuring an acid-washed hard rock style, more than a little of the ’70s is being brought to life by RAF‘s fuzzy guitar, devious drumming, and strange vocals that take on more than a slight shine of mysticism thanks to the band’s fondness for drawing them through echoes and reverb. With a lusty liveliness evident even in the simplest of the band’s grooves, and a willingness to put the party on hold for the sake of some trippy atmospherics (see the opening of “Shapeshifter” for a great example of this), there’s no doubt that the band has poured plenty of effort and intensity into the concoction of Head Pains.

Sure, there are comparisons to be made to groups like Blue Cheer, Iron Butterfly, Deep Purple, and so on. But, unlike a lot of groups that spring up trying to emulate those giants of yesteryear, RAF make sure to place their own character at the forefront, with the similarities to past groups coming through as a bit of lineage, not a direct blueprint. That, and an infusion of Ween-like weirdness, goes a long way in helping them stand apart from their less-inventive contemporaries.

I have to admit that I was surprised to see that the band is from Oklahoma, since there’s a big feel of Euro-psych to their style. Something about the way they emphasize melody, have fuzz present but not as a crutch, and their willingness to spin off into proggy tangents, all set off my Italian or Swedish psych rock buzzers. It’s no surprise that the album is being handled by the Italy-based Argonauta Records, who have a long track record of picking up bands I love (Frank Sabbath and MotherSloth being the first to jump to mind). In any event, if acid rock is your bag, you’ll definitely want to check in on this; have a great time once you do.