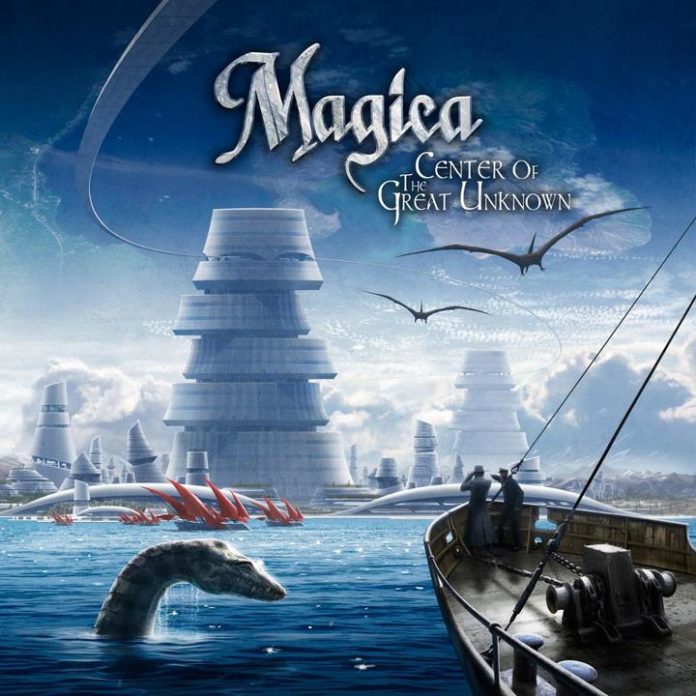 Two years after the release of their (fairly) well-received album Dark Diary, Magica, the Romanian power-metal ensemble, is back with Center of the Great Unknown.

Compared with their previous releases, Center of the Great Unknown offers a style that is much more power-metal oriented than its predecessors, departing  from the melancholic and symphonic style that they had adopted in the past (songs like  “Open” and “Step into the Night” are  a good example of this shift, particularly if they are put side-to-side with past tracks such as “The Living Grimoire” or “Inluminata”). The reasons for this change may rest in their decision to replace their keyboards with a second guitar, which gave an evident extra oomph to their sound that could not have been possible if they had continued in the same line.

Despite this shift in style, however, Center of the Great Unknown remains an album that although delivers as much as can be expected from a power/symphonic metal album (if you are a fan of Epica, then you’ll probably like this) fails to offer something new or fresh, and actually suffers from being a bit repetitive and derivative. Songs such as “Center of the Great Unknown”  , “King of the World” and “The Earth is Young”  leave you with a dejá-vu feeling (despite being catchy and boasting some high-quality guitar-work) as they seem to have been made just following the same recipe that almost every female-fronted band has used since bands like Nightwish, Epica and Within Temptation came into the scene (I’m looking at you, Nemesea).

While Center of the Great Unknown is an album that, without a doubt, will please the fans of Magica as well as those of Epica, Delain and Nightwish, it does not seem to represent a step forward in the career of the band, but rather a comfortable plateau in which they decided to play it safe, despite a (welcomed) heavier sound.