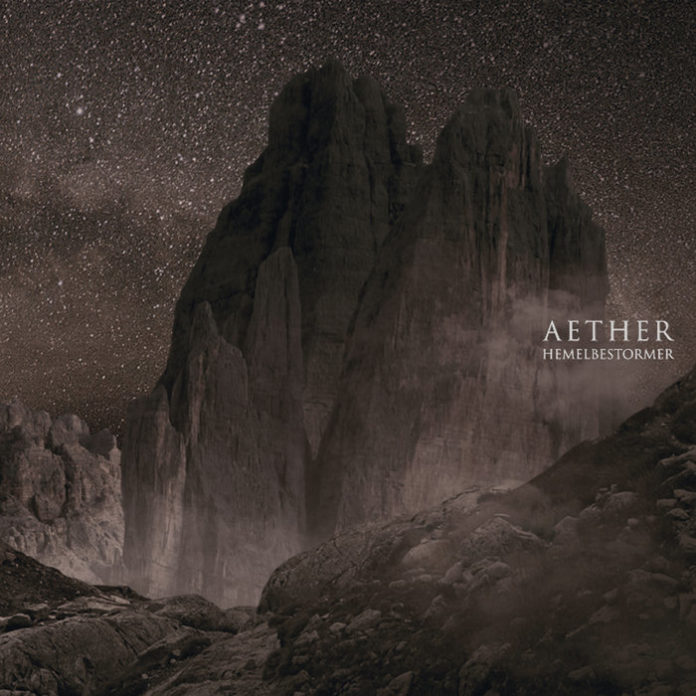 This first album by Hemelbestormer (who, going by the latitude/longitude coordinates given for their location on their Facebook page, are based in Belgium) boasts a wide array of stylistic influences in its release notes and, happily, the four sizable tracks presented by the band step up to this claim.  Given that there are only four, and each one stretches out to ten-plus minutes, let’s go ahead and look at each in some detail.

The first song, “After Us The Flood” begins in a predominately sludgy fashion, thick bass growling as rough-filtered guitar and heavy drum-beats keep things slow but powerful. As it continues, though, the tones become thinner and less oppressive, shifting towards a post-metal stance for a while before bringing the sludge back in and melding the two approaches for a clear-riffed finish.  Second track “Starless” starts off with a fairly black metal riff, though more slowly played and more lushly toned than the traditional manner would have it. Building menace in the surrounding sounds (particularly some subtle and well-used synth texturing) and bringing up the bass’ presence, doom metal infiltrates the proceedings and things start to hit with less restraint, though a drift back towards ambiguous soundscapes occurs towards the end.

“The Purging” avoids the tasteless option of using vomiting noises for its composition, constructing instead a broad main riff to follow.  Again going deeper and heavier as things proceed, there are some nicely chilly guitar tones woven into the bass’ thick reverb, with the drummer keeping the pace and whomping in time, before things eventually warpi back around to a gentler form.  “On Desolate Plains” provides a conclusion with a nearly twenty-minute run-time, beginning in a blackened doom style and journeying through the terrain of the previous songs while finding new ways to explore them.

As a first album, it’s an impressive debut. There’s a strong variety to the tracks, both from one to the next and within each one’s boundaries, and enough liveliness and sense of character communicated through the performances that the absence of vocals really doesn’t cause a negative impact.  The announced plans for a vinyl release do make me curious as to how the songs will be squeezed in there, as with their approximate run-times (in order, 15, 12, 12, 19) I’m suspecting side D will be an engraved emblem.  Physical formatting aside, big ups to the band for what they’ve put together for their first LP.  Fans of Ulver and similar acts would do well to check in on this one.