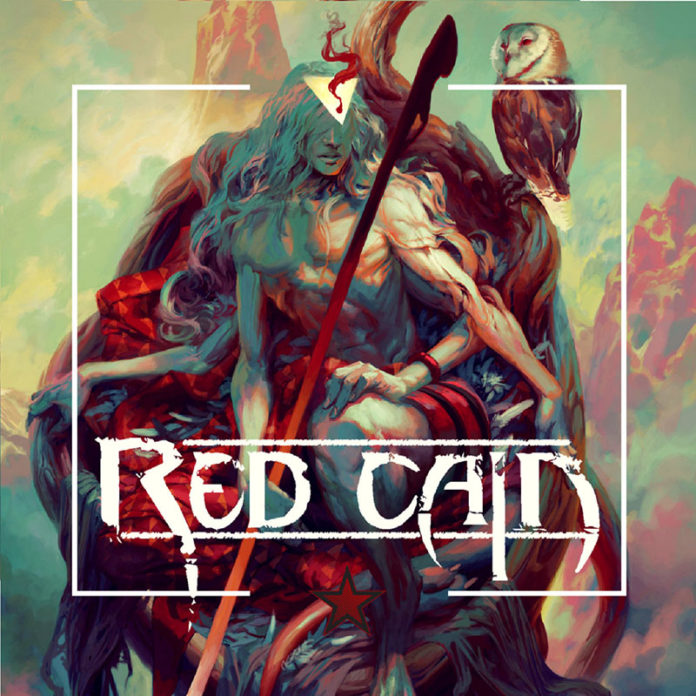 Over the course of this EP’s four songs, Red Cain introduce themselves and their take on hard rock to the world, and while I wouldn’t expect it to wow many people with the actual music, the effort shown in putting the EP together should see them in good stead when they go to make a follow-up.

In the first half, the band’s practice of glazing electronic effects onto fairly basic guitar and drum riffs, and splicing in some uncommon touches (like the piano interlude in opening track “Guillotine”, or the same song’s later dip into dubsteppish percussion drilling), doesn’t do much to elevate the music’s base style with these embellishments.  Instead, they kind of highlight how much the core pieces simply sit there, practically looping in their simplicity, with both sides falling just short of seeming to really interact with each other.  The second half, in “Hiraeth” and “Unborn”, manages to shake off some of this stiffness, letting the instruments have more life to their playing and place in the songs (and fitting the extra touches to the instruments, instead of vice versa), so it seems likely that Red Cain just need to continue writing music to reach a consistent level of quality.

On the up-side, the vocalist puts in some good work, managing to earn some contrast with the instruments by dint of exploring a variety of ways for his voice to express things.  Throaty resonance, above-average soaring, and fluttering pitch-changes are some of the more notable tricks he puts to use, handily beating out the busy production to take place as the star component.  While I can’t really put forward a non-provisioned recommendation of the band in their current state, I’d say they are one to keep an ear on, and their next release should be a good indicator of whether they’ll step up their efforts (maybe by playing up the fantasy metal elements evident in a couple of the songs) or stick at their current level.