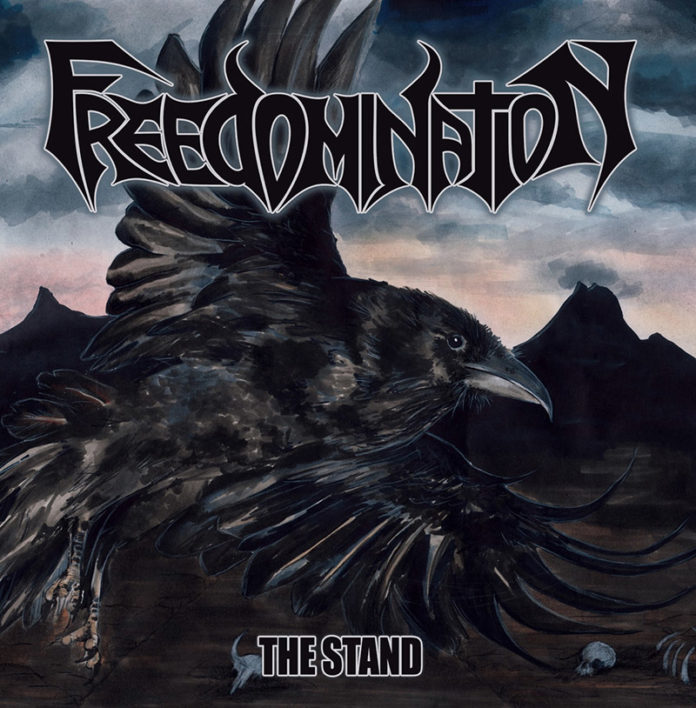 Despite describing themselves as touching upon both thrash and traditional heavy metal, you’d be hard pressed to label the Finns of Freedomination as “thrash”. While there are some riffs that are certainly reminiscent of some old fashioned bay area thrash, this EP stays in the more traditional heavy metal area, often reminding me of the American legends of Iced Earth.

The similarities with Iced Earth, whether unconscious or not, are hard to dismiss. From the outro of “The Stand”, to the falsettos (or the attempts at it) in “Unleash Hell”, or the intro to “Tower of Power” I feel like this is something that I’ve heard before. While this isn’t a bad thing, it does make me wonder whether these guys have already found their own identity.

The production could have also been considerably better, since everything sounds incredibly compressed and lacking in clarity. While, as it often happens with digital files, this could be just the consequence of an error in the compression of the files, I think the answer lies elsewhere.

Despite its shortcomings, The Stand is a good debut for a young band. It is enjoyable, heavy and powerful, and I’m sure heavy metal fans will enjoy it. Maybe next time Freedomination will let us catch a better glimpse of their own identity. When your voice sounds so close to Matt Barlow, you really gotta distinguish yourself.