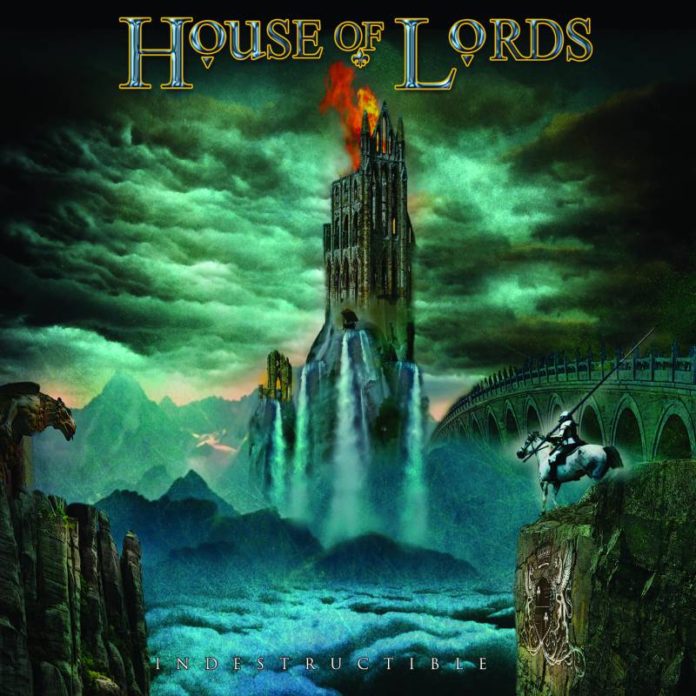 House of Lords is probably one of the most under appreciated bands in the realm of melodic hard rock. This is a band that, after the splash made by their 1988 debut, fairly quickly fell of the radar despite the pedigree of the involved musicians. Nowadays the band is comprised of almost no one from the band’s heyday, with the sole exception being vocalist James Christian, whose soulful melodic croon actually sounds better than ever on Indestructible.

It’s amazing to me just how heavy this record is. I mean, this is a band that was, in its original form, clearly geared toward radio and MTV exposure, something that usually means their sound is not destined to get any heavier with the passage of time. But there are plenty of moments to be had, from opening track “Go to Hell” through to “Die to Tell”, that are brimming with energy and are positively metallic. The work put down by current axeman Jimi Bell rings crisp and clear, and is much more compelling than the guitar work on the band’s famous debut. Of course, this is also due in part to the fact that keyboards aren’t so domineering in the mix as they were when Greg Giuffria was in the band. In fact, in the press kit I received there wasn’t even a keyboard player credited (though there is no doubt that some guest musician or session player will receive a credit in the CD liner notes).

Of course, this is still a House of Lords album, and that means that a certain level of late-80s pop metal cheese is legally bound to be included. “Pillar of Salt”, with its schmaltzy acoustic guitar strains and sappy lyrical content, is the place to go if you’re longing for the days when Nelson was a band that sold more than a few CDs. That is not at all a bad thing if you’re open to it, it’s just not something that your average headbanger will have any interest in.

On the production front it has the now typical full-bodied Frontiers Records knob job, and that is standard for just about every album released by the Italian label. Crisp, boomy, technically modern but aesthetically old school; if you are a melodic hard rock or metal band looking to put out new music in 2015, this is the label for you.

House of Lords are and always have been an underrated band. Few bands out there can create melodic, finely crafted, hooky songs like these while still retaining more than a little heaviness. While I wouldn’t say that it reaches the same heights as the band’s magnum opus, Sahara, Indestructible is still a fine and finely crafted melodic hard rock record that will please your girlfriend as much as it will please you. Mine’s sitting behind me saying “Oh I like this!” so I know that for sure.

IN A NUTSHELL
It's not Sahara, but the new House of Lords is a great offering, timed perfectly to be the soundtrack to summer.
POSITIVES
Meticulously constructed
James Christian still has a great voice
Catchy and beautifully produced.
NEGATIVES
Very very VERY possible too cheesy for a lot of folks out there.
4.5