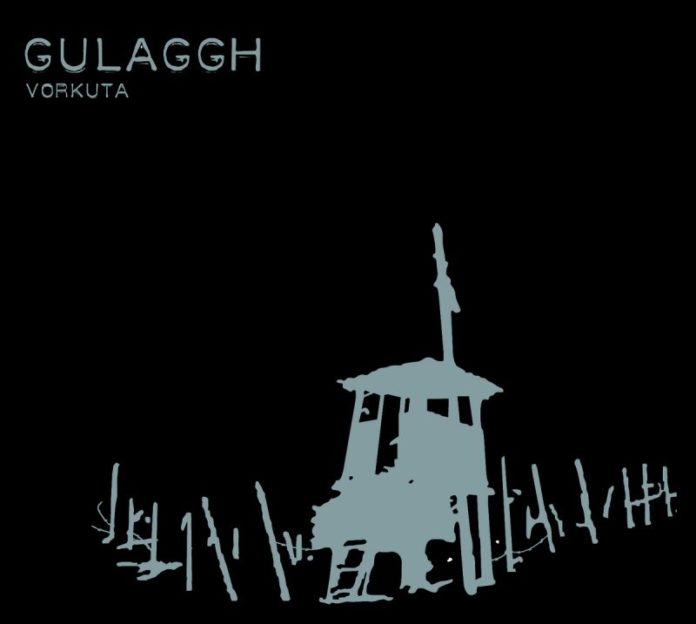 AUTHOR’S NOTE: THIS ALBUM CAN’T BE CATEGORIZED OR RANKED.

Well, where do you start with something like this? Incredibly tough to categorise, my best description would be Audio-Horror. In an interview they described themselves as ‘Audio-Terror’ but I think that ‘horror’ is a more accurate representation. ‘Terror’ seems far too short and sharp whereas ‘horror’ alludes more to a gradual but unrelenting build up of true fear and disgust. That is what this album is; frighteningly disgusting. I can only imagine that the idea of this is to conjure images in the mind of what it would be like to be suffering as people did in those horrible Arctic torture gardens. It really is nasty stuff.

After completing three albums under the name Stalaggh, this group of ‘musicians’ decided to change their focus from concentration camps to the equally disturbing idea of Soviet Gulags, hence the name (they kept the GH suffix, standing for Global Holocaust). The premise is relatively similar; to evoke an unending wave of negative emotions using a basic noise/ambient track over intermittent spasms of music all topped off by screams of the mentally insane. That’s not a metaphor. The vocals on these albums are actually the recorded screams of patients with severe mental disorders. An interesting accomplishment, since one wonders how this group of anonymous ‘musicians’ managed that. Information from one of a limited number of interviews with one of the core members (who also provided some of the vocals) explains that some of the patients were allowed to leave for a few days but that some of them live under their own guidance and are free to do as they please. Not quite as impressive as the legend surrounding their last album of them kidnapping mental patients and recording their screams in a church, telling the Vicar that it was some sort of ‘scream therapy’. The man specifies that ‘they are not retards’ but suffer from disorders such as schizophrenia, psychosis, multiple personality disorder etc. Knowing that the screams are really pulled from the depths of pain and disorder really does make for an incredibly uncomfortable listening experience, especially with the single track album spanning a relentless 45 minutes.

Progressing slightly from the last Stalaggh instalment of Projekt Misanthropia, the sound has changed subtly yet somehow quite dramatically. The sound is much bigger as they have decided to use the screams of many more patients and brought in a few more musicians to throw in their random two cents. Completely abandoning the Black Metal aspects that they used in earlier offerings in favour of a more chaotic traditional marching band they really have managed to capture audio-PAIN.

There is something quite cathartic about listening to this album and it is actually quite enjoyable if you like exploring the darkest depths of your own mind. However this is not for the faint of heart or head, you will not enjoy this or probably even see a point in this if you keep your mind closed to the idea of experiencing the extremes of negativity in your own consciousness. I would recommend getting a hold of this album just for the experience, even if you listen to it only once and then brag about how ‘Kvlt’ your last album buy was to all your friends.

[quote]Editor’s Note: this man actually listened to this… thing over 6 times. SIX FUCKING TIMES. He deserves a fucking medal.[/quote]