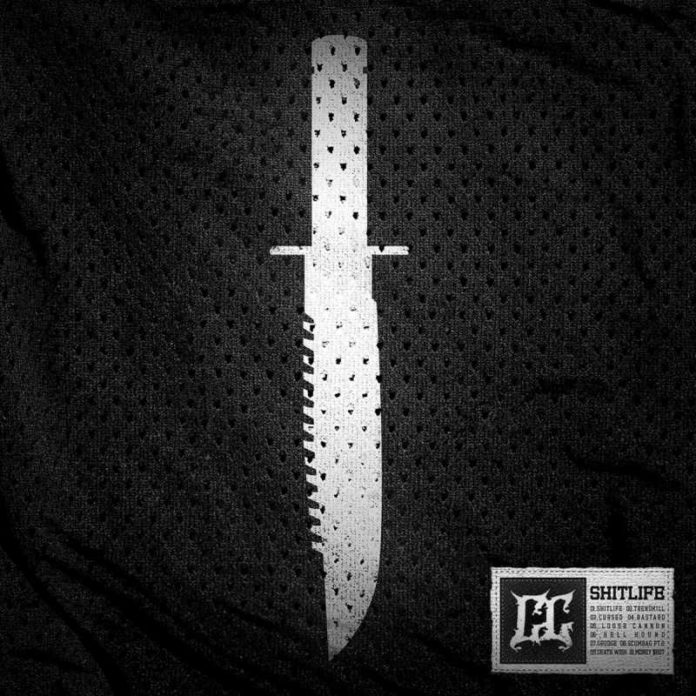 It still feels bizarre to see so many new metal bands citing a genre as divisive as nu-metal as an influence. It’s understandable, though. Despite the backlash, the controversy, and the many fiendish acts it spawned (‘Butterfly’ by Crazy Town is still the worst fucking song in the universe), nu-metal gave a lot of freedom for alternative metal bands in regards to their influences. One act that wears these influences proudly on their shoulders is Detroit’s Gift Giver, whose debut full-length Shitlife fuses the more diverse elements of nu-metal with a modern metalcore/hardcore framework.

The band’s broader array of influences makes itself more obviously apparent during ‘Cursed’, an odd rap-metal number that trades off between uncomfortably cheesy “Kid Rock-meets-Pageninetynine” bars, and some ominous, strung-out techdeath-style guitars. While the band lauds technical metal as a major influence on their sound, it manifests less in technical expertise and draws more from the expressiveness of the guitars, channeling the atmospheric palettes of Bulb and early Cynic. A pretty nice artistic choice for a band that places heavy emphasis on delivering cathartic outbursts of emotion, placing complex instrumental passages to one side, so as to not distract from the band’s torrent of bad vibes.

In typical modern metalcore fashion, there are heaps of attempts to be more accessible. In this case, Gift Giver attempt to tap into the universal lyrical vernacular by introducing some memorable hooks and clean passages; however, the execution is nothing short of juvenile. “I don’t know why all my friends have to die in the blink of an eye;” the lyrics are so simplistic and watered down that they end up feeling like the end result of a 14-year old’s first exercise in songwriting that they did for an assignment in their high school creative writing class (needless to say, I’d give it a C-). Honestly, it’s a bit shameful that these trite lyrics are being shoveled out of the gullet of a grown man. At the very least, the lyrics (as nauseating as they are) are delivered with some fittingly-bleak ferocity and fervor, with some excellent growls that recall acts like Defiler. Although it doesn’t quite up the ante for other metalcore artists, it’s better than the standard of vocal talents of their their contemporaries’ embarrassing attempts.

There could be a genuine honesty in the kind of brutally world-weary, melodramatic phrases that pour out of singer Justin Johnson’s mouth, but it just sounds painfully insincere. With the use of such canned, contrived phrases like “how did it come to this?” and “it’s only getting worse,” it all comes out vague and lacking so much detail that it simply comes across as hollow and inauthentic.

While I’m sure that the songs are drawn from a very personal place inside the the depths of the band’s collective heart, and for all we know, they could have some serious weight to them, their execution just comes across as eye-rollingly disingenuous.