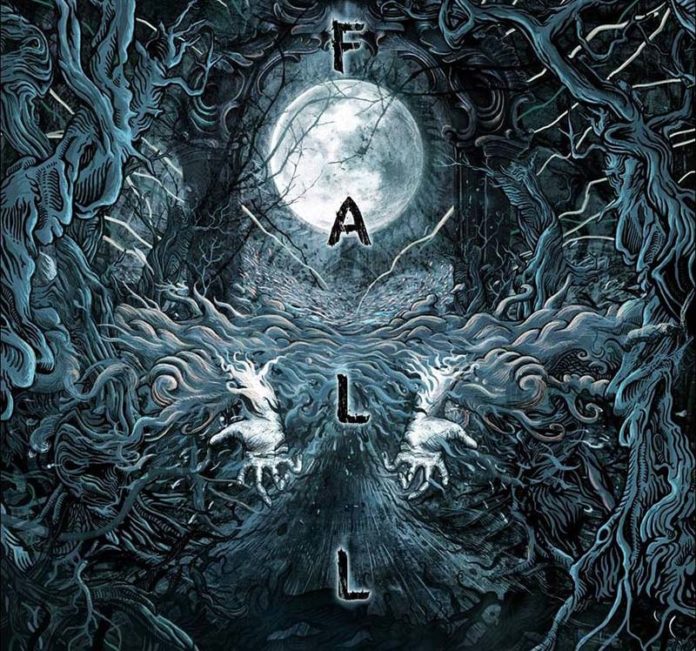 In crossover genres I generally expect that the music will sound as if the elements from each parent genre were thrown in a blender to create a subgenre smoothie. Sometimes the flavour may tantalize and delight and other times it may induce projectile vomiting. Rather than partaking in a mashing of styles, Fall took the deconstructive approach and presented the qualities of progressive and death metal in a separate fashion.

Fall wasted no time in crushing their audience. Vicious growls ripped through the singer’s vocal chords and the guitars aimed for fast and dirty low blows. While these aspects added a great deal of brutality to the music, it was the percussion that brought it home. It felt as if the drummer was using my skull as a bass drum, which although might seem difficult to enjoy, was rather invigorating. There were plenty of moments where I felt the muscles in my neck loosen and had an irresistible desire to swing my head around like a flail.

While Fall nailed the heavy elements of their music, in mid-headbang I couldn’t help but wonder what happened to the progressive side. Then, the music broke. The vocals washed up from growls and became clean with occasional female vocals mixed in. Also, the guitars elevated themselves from the furious trudge into more complex passages that changed the tone substantially. While change is welcome, the growls were much stronger than the clean vocals, however the guitar work added a new layer to the sound that made the performance dynamic. The additions gave the music a structure that resembled Opeth circa My Arms, Your Hearse, but still maintained originality.

In The Insatiable Weakness, Fall bring forward a solid effort on a crossover genre. By keeping the elements of progressive metal and death metal separate, they keep the performance fresh and entertaining. While the heavy aspects outshine the progressive oddities, the contrast adds variety that only spices up the music. For those who enjoy the brutal and the melodic, this one is for you.