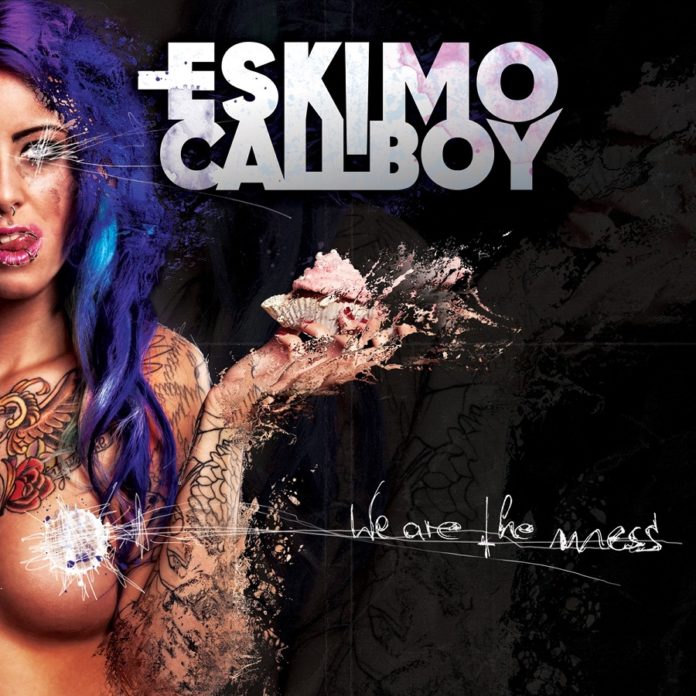 You know, I’m just going to be upfront and say it: albums like this are why it’s so easy to make fun of metalcore. We Are The Mess will be a case study on how not to make music in the near future. Almost every aspect of it is shamelessly ripped off from other bands that have done it all before – and have done it better.

If anyone confuses Eskimo Callboy for similar bands such as Asking Alexandria or Motionless in White, well, I can’t say I’d really blame them. Electronic-infused metal isn’t exactly new these days, and I think that’s where a lot of Eskimo Callboy‘s problems come from on We Are The Mess. Four or five years ago they probably would have gotten a pass – but there have been been so many albums like this one by now, that it’s all just a sea of noise. Guitars are generally lifeless and riffs uninspiring – and a lot of the time, they’re drowned out in the mix by some sort of synth anyway. That’s not a bad thing in its own right – like I said, plenty of other bands do essentially the same thing. Some of those bands, however, at least make it interesting to listen to. Vocals on We Are The Mess are your bog-standard screams, growls, and high-pitched almost trance music inspired cleans. Something about those clean vocals just seem so out of place, though – which is a pretty weird thing to say on an album like this. They seem extra mechanical in some sort of way, like someone took a buffing machine and took out all of the “grit”.

If there’s one thing We Are The Mess might get right (and I seriously emphasize the word “might”), is that it at least seems like it has a pretty clear vision of what it wants to be – the soundtrack to your drug-infused party. In this way, I guess it sort of succeeds – some of the songs on it are so bat-shit crazy and “What the fucking fuck?” inducing that it’s probably the only way you’ll get any sort of enjoyment out of them. Seriously though, that’s probably one of the only good things I can dig up about this…creation.

Simply put, We Are The Mess feels like it’s stuck in 2010, and even then it probably wouldn’t be considered a very good album. When you have bands like Enter Shikari putting out stuff like Take To The Skies that does everything that Eskimo Callboy wants to do, but better, there’s no reason to listen to this. Then you realize, that Take To The Skies came out in 2007. Fucking 2007! Actual proof that not every metal album that collides with whatever electronic sound is top-dog at the time has to be shit. Stay far away from We Are The Mess, you’ll most likely be much happier that you did.