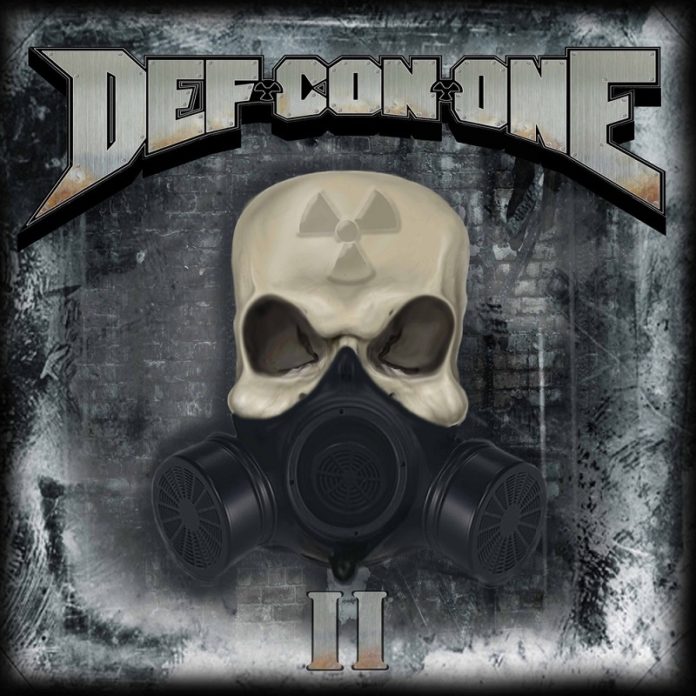 Doing a little research before jumping into this album gave me pause. I heard what sounded like another Hatebreed/Pantera crossbreed, the likes of which has been done many times before, rarely to great results. All brute strength and tired riffs with little going on beneath the surface. I was cringing at the start of this one.

Then I opened up the press packet to discover that, unusually for bands in this style, Def-Con-One is UK-based, coming out of Newcastle. It also features Antton Lant, the brother of Venom‘s Cronos, and former drummer of Venom and M-Pire of Evil. As a Venom fan, this gave me a ray of optimism.

The opening song, “H8 Ball” (yes, that’s the actual song title) did nothing to bolster that hope. Taking a mediocre, two-note riff and playing it to death for the better part of four minutes, with only a second-rate Pantera breakdown to change things up does not exactly make for the greatest introduction to an album. Vocalist Davey Meikle even sounds like Suicidal Tendencies‘ Mike Muir doing his best Phil Anselmo impression. While that was irritating coupled with the monotony of “H8 Ball”, things actually get better.

The album begins to show gradual but undeniable improvement, bringing in variation and more complex riffs without letting up on the intensity. By the middle of the album, they’re throwing out some interesting structures and even the odd dissonant grindcore riff. While the guitars flesh things out, the rhythm section propels the songs forward, Lant providing some interesting fills and patterns while bassist Steve actually has the perfect tone for this kind of music.

So despite frightening first impressions, I actually had fun with this album. While there’s very little here that one can say they haven’t heard before, this is still a great example of the kind of hardcore-tinged groove metal that would have done very well in the late 90s. So if any of the bands I’ve mentioned are your thing and you pine for a time when metalcore wasn’t about fringe haircuts and teenage hormones, Def-Con-One will definitely give you a fun ride. Just hit the skip button on that first song and you’ll be fine.