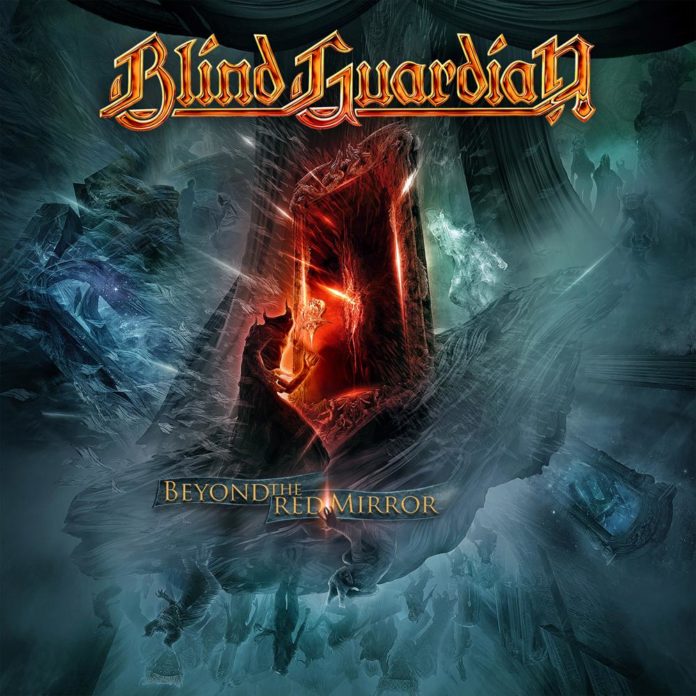 I’m kind of a nerd, so much so that not liking Blind Guardian was never really an option for me. It wasn’t just that I really enjoyed what they were doing musically (I still remember the first time I listened to “Mirror, Mirror” and was completely blown away) but also that I could really dig the storytelling that they were trying to accomplish with their music. What can I say? I enjoy a good story, and these Germans are just really good at telling them.

While, conceptually, Beyond the Red Mirror continues the story told 20 years ago in Imaginations from the Other Side, musically it really feels hard to believe that it has been so long. In the special branch of power (?) metal produced by Blind Guardian, the possibility of losing power is ever present, particularly when you consider that they have always strived to make their music faster and more dynamic with every new album. Beyond the Red Mirror really puts all of those fears to rest, exhibiting not only as much power as its predecessors, but also trying to go even farther.

Beyond the Red Mirror shows a clear desire on the part of Blind Guardian to make something larger than life (think of The Argonath to get an idea) ((If you didn’t need to look that up, congratulations, you are also a nerd.))  and truly take the audience into an epic journey. They spared no expenses on this, recruiting 3 choirs (Budapest, Prague and Boston) and 2 full orchestras to help them achieve the desired effect. Opening track “The Ninth Wave” exemplifies this grandiosity, starting with a choir and orchestra section (as odd as it might sound, it’s like Carl Orff-lite, make of that what you will) that slowly builds into a metal track. The transition from orchestral work to metal song is so gradual and seamless that it is basically the perfect concert opener, giving plenty of time to each member to take their places on the stage.

Fast picking and double-pedalling abound throughout the album, and everything seems to be set to keep you at the edge of your seat (assuming you’re not already on your feet, headbanging), while at the same time still transporting you into something beyond the music. “The Holy Grail” is a perfect example of this, as it presents a great mix of metal and orchestral work, creating a final product that really carries a deep sense of epic and majesty. I know, I know, that sounds nerdy as fuck, but it is what it is; I mean, just check the spectacular “Grand Parade”, which closes the album in the highest note possible after bringing the house down with the choirs and orchestras.

My only complaint deals with the production, where everything sounded a bit far. I really hope that it’s just a problem with my specific electronic copy sent by the label (it really sounds like an encoding issue), and that this might also explain why the orchestra sometimes seems to overpower the guitars as a result of the compression. Blind Guardian have always been very careful with the production, and so I really hope this is not an issue in the final product.

Another possible downside, particularly if you’re not really into this type of grandiose works, is that all but two songs clock over 5 minutes, with two of them actually passing the 9 minute mark; if you prefer Blind Guardian’s most straightforward (and single-friendly) approach from albums like Nightfall in Middle-Earth or A Twist in the Myth, this might be a deal-breaker.

Beyond the Red Mirror is an album that will definitely satisfy the fans of Blind Guardian. Everything that you’ve come to love from this band is here, from Hansi’s unique raspy voice to André Olbrich’s fast picking, and the majestic epic ambient taken straight from the pages of the likes of Tolkien, Lewis and Martin. For an album 4 years in the making, and a story started 20 years ago, Beyond the Red Mirror surely lives up to the expectations.

Blind Guardian as epic and powerful as ever.
A deep sense of majesty and the fast-paced power metal we've come to love.
Everything sounds a bit far and compressed
Some might not like the fact that most of the songs are quite long.
4.5