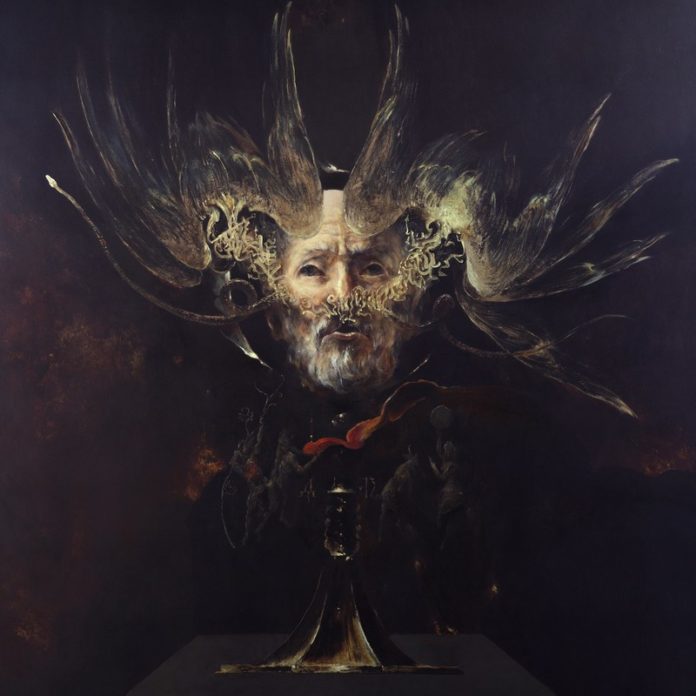 To say that The Satanist wouldn’t be one of the heavy metal world’s most anticipated albums of 2014 would be completely idiotic.  Fans far and wide have been waiting with baited breath to be able to get their greasy mitts all over Behemoth‘s highly sought-after return, and after all of the hype that we have been hearing (as well as building within ourselves), I was hoping for a great reckoning that would be heard for eons to come.

When I had spoken to Nergal about what we could expect from their impending magnum opus almost two years ago, he mentioned that we should not expect an album similar to previous ones. He was kind of wrong… but, then again, hindsight is 20/20.

I’ll admit that when I had first heard the single “Blow Your Trumpets Gabriel” I wasn’t exactly blown away by what I had heard.  It felt very much in the same vein as “Alas, Lord Is Upon Me” from Evangelion, with a drumming reminiscent of the ending sequence to “At The Left Hand Ov God” from The Apostasy. This is a common trait throughout the album, with each track reminding more and more of their previous works.

The first half of The Satanist felt very similar to a retrospective of their career which, in light of the events that surrounded them in the last few years,  I could easily see them doing. In addition to “Blow Your Trumpets Gabriel” conjuring up historic flames, “Ora Pro Nobis Lucifer” felt like a spiritual successor to “No Sympathy For Fools” from Zos Kia Cultus (Here and Beyond), and “Messe Noire” felt like a leftover from the Evangelion sessions.  Sadly, I really thought that “Furor Divinus” was the most enjoyable track of the first four due to it being black metal as fuck compared to the rest of their modern catalog.

Speaking of being black metal as fuck, I was really happy to see Behemoth going back to their roots and giving The Satanist and its songs a very heavy black metal aesthetic, mainly in the way the guitar tone and riffs were constructed; however, if you are looking for The Satanist to be an exercise in giving God the finger at 300bpm, save for “Amen” (“Defiling Morality ov Black God”, anyone?), you are going to be disappointed.  In a way, the songs are crafted in a way that sicks not only to give you just an adrenaline rush, but also to allow you to relax and visualize some sort of twisted, Satanic opera in your mind’s eye.

Despite Behemoth‘s more controlled and epic approach during the latter half of The Satanist, I couldn’t help but feel a bit underwhelmed once everything was said and done.  Although the songs are constructed flawlessly, the production and instrumentation are some of the best I have heard in a very long time and, what I find to be the highlight of the record, you can hear the strong conviction that Nergal has in his voice as he croons out each syllable (particularly during “In the Absence ov Light” and “O Father O Satan O Sun!”), it just feels like something is missing.  I can’t quite put my finger on it, but The Satanist feels like it just wasn’t finished.  I have a feeling this is my own fault due to what I may have expected from the band within myself, but after listening to this album several times over the past week I just cannot shake this feeling of unrest.

Do not get me wrong, I can easily tell what Behemoth were going for with The Satanist and I think it has worked pretty well in the grand scheme of things; however, there are just some portions of the album that feel as if we have all heard them do this before.  If you didn’t like Evangelion, then you are going for a world of hurt with The Satanist, as it truly follows on its footsteps.  Still, I can see this new material working very well in a live setting, so here’s to hoping that the band’s upcoming North American tour will attest to that shred of hope.

If anything I think The Satanist might just be Behemoth testing the waters in order to see if they can get away with “regressing” towards their older sound, combining it with the more epic elements that have made them a far more accessible band for the mainstream.  Having truly enjoyed the new black metal aesthetics of The Satanist, this is truly what I am most excited for.

Good review, but couldn’t disagree more. Within a couple listens I knew that The Satanist was my new favorite Behemoth record…Start to finish, it’s a fantastic listen. I can’t just play one song, I have to hear the whole album when I’m in the mood for it. I know you say it’s missing something…but I feel like this album contains that “X” factor that their other records were missing. It’s got something I can’t place, but immediately struck a chord with me. To each their own! I normally don’t comment on reviews, but I love this album so much I… Read more »