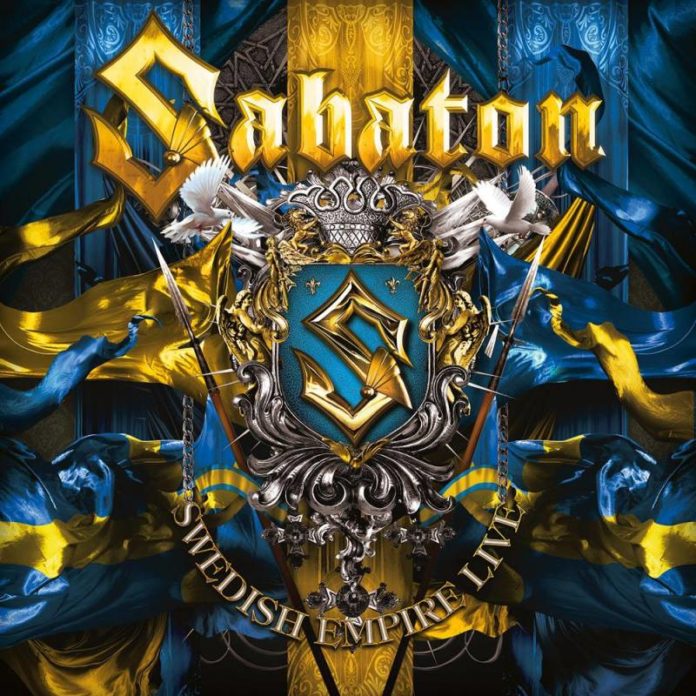 Sabaton’s expeditious rise to fame has left many scratching their heads as to how a mid-league, run-of-the-mill band became one of the most influential and successful acts in contemporary heavy metal. The formula to their overnight success is not a secret, and anyone who has seen the band perform live already knows it: a mixture of pure energy, bombastic music and great tongue-in-cheek crowd interaction that leaves no one indifferent. All of these were perfectly captured with the band’s latest spectacular live album, titled Swedish Empire Live.

The package itself is bountiful, featuring the band’s epic performance at the renowned Polish Woodstock Festival in 2012, as well as two more live shows from Gothenburg and Oberhausen, and a third performance from London as a part of a limited bonus DVD. As you can see, the band is determined to deliver a solid bundle worth your money, not a customary 2 DVD package. The total running time of this release rounds down to 4 hours of live performance. However, the emphasis of the release (and this review) is still the 2012 Woodstock performance in front of nearly 600.000 elated Polish fans.

The best part of the recording is the fact that there hasn’t been much tampering in the post-production; it’s not over-polished and you really can feel the liveliness of the record. The instruments are perfectly clear, although the keyboard is still too loud for my taste (the thing that has always really bothered me with Sabaton’s sound, actually). The biggest asset to the release are definitely the aforementioned Polish maniacs, who sometimes overpower even Joakim’s amplified vocals. The stage set is perfect, with huge LED monitors and outstanding lightning, and the whole video aspect of the show is just eye-candy.

Regarding the track-list, the band has pretty much their entire career covered: from their latest release Carolus Rex, to the critically acclaimed The Art of War as well as their vintage records Attero Dominatus and Primo Victoria. The audience’s response was equally enthusiastic during the old tracks as well as the new ones, like “Gott mit Uns” or “The Lion from the North.” The crowd was, obviously, the most motivated during the band’s hit-song “40 – 1,” which tells about the Polish struggle against the German invaders in 1939.

Overall, this is one of those releases that definitely deserve your attention. Swedish Empire Live is an outstanding present for the fans and a great testament to the band’s short but strong legacy. With an abundance of high-quality live material coupled by great packaging, I can’t even think of a reason why you aren’t up ordering the DVD already.