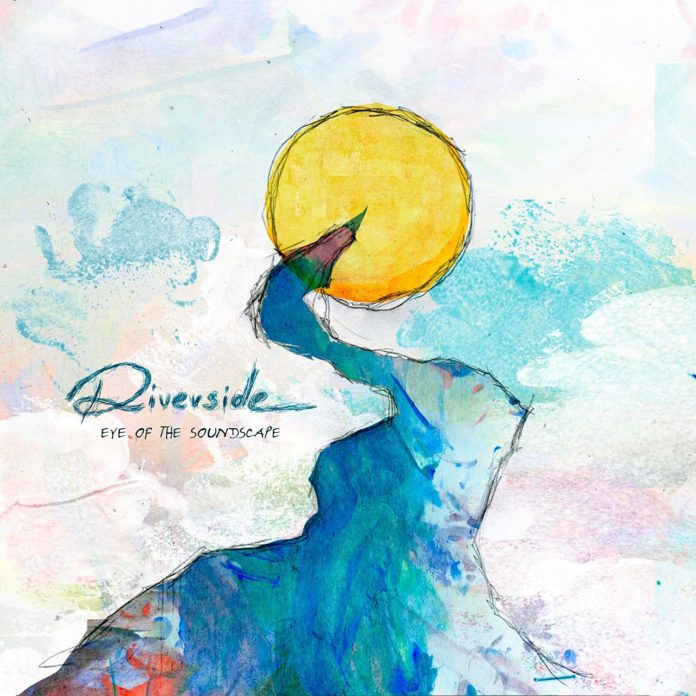 If you’re a fan of progressive rock/metal acts like Porcupine Tree, Dream Theater, or the newer material by Anathema, chances are you’ve heard of Poland’s Riverside. With a sound rooted in progressive pioneers like Pink Floyd, while maintaining a metal edge (drummer Piotr Kozieradzki is a former member of death metal outfit Hate), Riverside have been an important part of the prog scene for over 15 years. As the band is moving into a new era, following the tragic death of guitarist Piotr Grudziski this past February, they have released a compilation of mostly instrumental ambient and electronic pieces, entitled Eye of The Soundscape.

First off, I want to make it clear that if you’re expecting any of the guitar/vocal driven material that can be heard on Riverside’s previous releases, Eye of The Soundscape probably won’t satisfy that craving. Though they have always had ambient and electronic elements, this latest release is almost exclusively ambient and electronic songs, consisting of pieces that can be heard on bonus discs from the ir previous records (some of them remixed or updated). There’s also plenty of new material here, with “Sleepwalkers” being my favorite track of the bunch. This song is mostly electronic, with an eerie tone, and has a bit of vibe that reminds me of the electronic side of a Nine Inch Nails’ sound. The title track, “Eye of The Soundscape,” is another high point, with some absolutely beautiful ambient electronic soundwaves, perfect for meditation or just zoning out.

Unorthodox as it is, Eye of The Soundscape serves as an excellent complimentary piece to Riverside’s discography up to this point. “Rapid Eye Movement” was originally a bonus track on the band’s album of the same name, and has been injected with new life thanks to an updated mix, while maintaining the mysterious-sounding guitar work and synthesizers that made it such a great piece in the first place. The fact that the older tracks fit in so neatly with the new material shows that, though the overall tone on this record might not be something Riverside fans would normally expect, they are very comfortable writing this kind of material. If you weren’t familiar with the older songs, I actually doubt you’d be able to pick out which ones were remixes, if judged by sound alone, which really highlights the band’s ability to express its ideas consistently.

At once ethereal and oddly relaxing, Eye of The Soundscape is a bold release; and though the material is solid, it will also be fairly divisive. Those looking for lots of guitars and vocals will probably find the music contained here to be a bit too lightweight, but if you enjoy electronic music (particularly of the chillwave variety) you’ll probably enjoy this. I’m reminded of the Ghosts I-IV release by Nine Inch Nails, which has a similarly ambient vibe to it, so if that’s your cup of tea, mixed with a little bit of the”Nature Sounds” new age-type music, you’ll definitely want to give Eye of The Soundscape a spin. Serving as an epilogue to the previous releases, this record ends the first era of Riverside on an interesting and experimental note, and I look forward to seeing what else the band has in store.

IN A NUTSHELL
Ambient soundwaves and cool electronics make up the bulk of this extremely experimental (but enjoyable) release.
POSITIVES
Gorgeous, relaxing music
Great production
Consistent tone, despite the age of some of the songs
NEGATIVES
Not really a rock record
Some might not like its ambient/experimental nature
4.2
Support the band (and US!) by purchasing their albums!
Amazon USAmazon UK