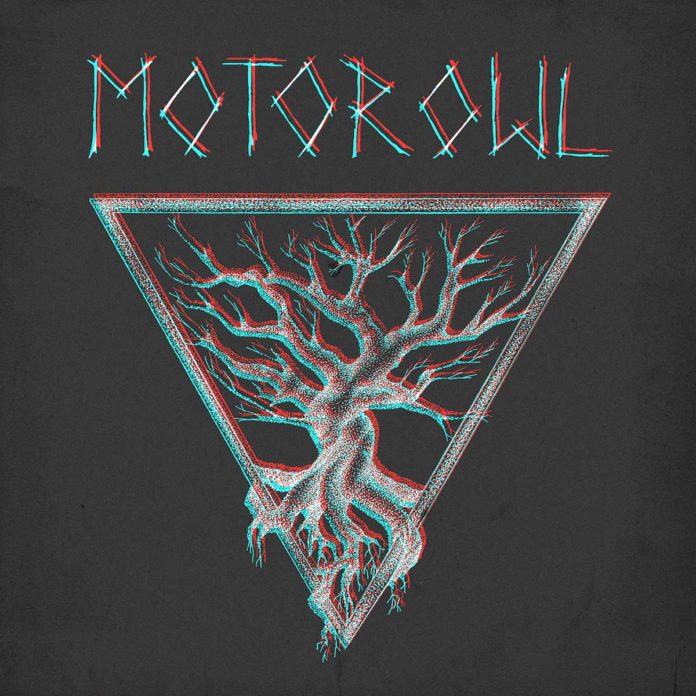 It’s not often that my fascination with owls leads me to good music. It’s surprising if it leads me to music at all.  However, a band with a name like Motorowl that practices Psychedelic Doom Rock was too intriguing to pass up.

Om Generator, Motorowl‘s debut, is full of quirks and oddities that develop a unique character. For example, there are sections of keyboard scattered throughout that carry a distinct 8-bit feeling as if you dusted off your NES; at the same time, there are moments that seem to have Eastern influences drift through like the wind. And, of course, let’s not forget the groovy passages of melody that are smashed to pieces by crushing guitar riffs hammering down out of nowhere.

One of the most outstanding qualities of this album is the numerous marriages of style that occur without a hitch. With a Post-rock atmosphere, Motorowl merge traditional technique and wild keys. There is also a mixture of sombre doom passages and 70’s hard rock vibes, and which leads to a tantalizing cocktail of heavy fuzz and melodic clarity.  While that may sound like the ingredients for a messy and pointless performance, Motorowl take command of the array of elements and execute them with masterful skill and a clear sense of direction.

Another commendable aspect of the album is the level of ingenuity in both its lyrics and its construction. There is a ballad called “Beloved Whale” that is an excellent example of the band’s talent for creating entertaining lyrics. Rather than a typical love story, the song seems to profess an undying love for a beached whale and the weird part is that it manages to draw out more emotion than your average sappy love song. The song also serves as an example of the band’s thoughtful placement of their tracks. This song is one of the slowest points of the album, but is followed by a short track filled with attitude and energy that amps up the pace to a relative breakneck speed. The overly conscience approach that Motorowl take towards the tempo of the music is heard all over Om Generator, and it makes for a performance that demands to be listened to without distraction.

Motorowl sunk a ton of ambition and effort into Om Generator and none of it was wasted. The vast pool of styles is woven together without a seam, while pieces of creativity and individuality adorn the tapestry of the album. Also, there is a level of innovation that is exceptionally daring for a band’s first album. Om Generator makes me excited and hopeful for what is to come from Motorowl; I’m also a little scared for them as they’re going to have to find some way to top it. Definitely give these guys a listen.

IN A NUTSHELL
Great if you're looking for some new Psychedelic Doom.
Reader Rating0 Votes
POSITIVES
An excellent first outing that displays plenty of talent.
NEGATIVES
Might rock your socks off.
5
Support the band (and US!) by purchasing their albums!
Amazon USAmazon UK