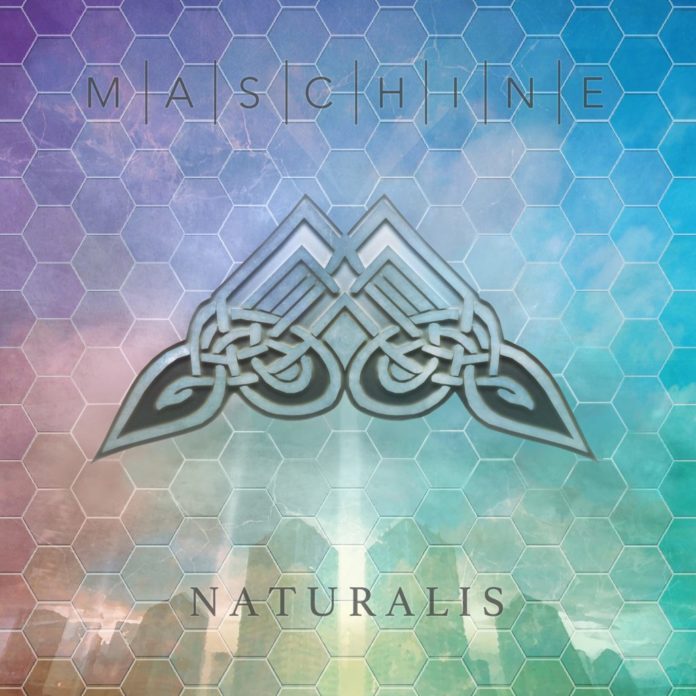 Starting off with a lengthy piece of instrumental warm-up, gradually layering more and more into its body of riffs, opening track “Resistance” soon moves into quick bouncing through time signatures, back into slower grooves, and then back into the energized mood as the vocals rise to take their place. It’s a nice bit of technical demonstration in those first few minutes, and it sets things up smoothly for the rest of the album’s twisting ride.

New keyboardist/vocalist Marie-Eve de Gaultier‘s presence is built into the structures of the songs with a charming effectiveness, providing a pleasant counter-point to the somewhat lacking presence of the growling male vocals (though they fare much better when going for a clean harmonization). And when the two come together over the instrumental rhythms, the album hits some of its most emotionally striking moments.

The instrumental side of things is where the album’s real brunt is felt, from setting up and proceeding through polyrhythmic interplay to a few bursts of straight-up shredding from the guitar. While drummer James Stewart turns out some great support, I found myself disappointed that he never really seemed to get to take off on his own for a few measures, particularly with how much highlighting the guitar gets in the mixing and song-writing.

The album’s biggest problem seems to be that it often doesn’t seem comfortable with letting things flow along without interjecting something for the sake of complication, even in the most sedate sections (much of “Make Believe”, for instance). It feels as though the band is scared of losing their prog connection if they let things get too simple, which ends up costing them some room for contrast that they might have otherwise been able to use to great effect.

A few parts do breathe without so much busy bubbling (like the very end of “Make Believe”, which brings things down to just keyboard and guitar, along with the near-poppy upbeat start of “Hidden in Plain Sight” and its mellow ’70s-prog-channeling mid-section), so if the band can just find a way to increase the sense of variety of the songs in ways that don’t rely on throwing in more instrumental noodles, they should be able to deliver some really good stuff in future efforts.

As with their first album, Maschine have packed in a pair of bonus tracks, this time live songs recorded at the 2Days Prog+1 festival. Both songs, of course, taken from their first album Rubidium, providing almost twenty extra minutes of music in which the band seems to way less stiff, though the dense arrangements persist. It’s a cool way for the reorganized band to lay claim to the earlier material, and also gives a sense of the group being one that might fare better in the live show environment.

While I haven’t heard Maschine‘s first album, I’m willing to believe Maschine‘s claims that Naturalis presents a tighter, more focused incarnation of the band, as there’s evident concentration on creativity and strong energy in each of its tracks. At the same time, I’d expect that there’s still room for them to improve their work, going for something emphasizing their audible musical ability over the theatricality and unnecessary flourishes, now that they’ve successfully felt their way through the revised album-writing process.

Good stuff with an excusable amount of troubles, but probably most exciting for the future possibilities it implies
Reader Rating0 Votes
Good performances from each member
Nice variety to the vocal usage
A clear knack for taking complexity in stride
Meshing of the instruments feels forced a bit too often, and jittering change-ups distract from the stronger grooves the band occasionally delivers
4