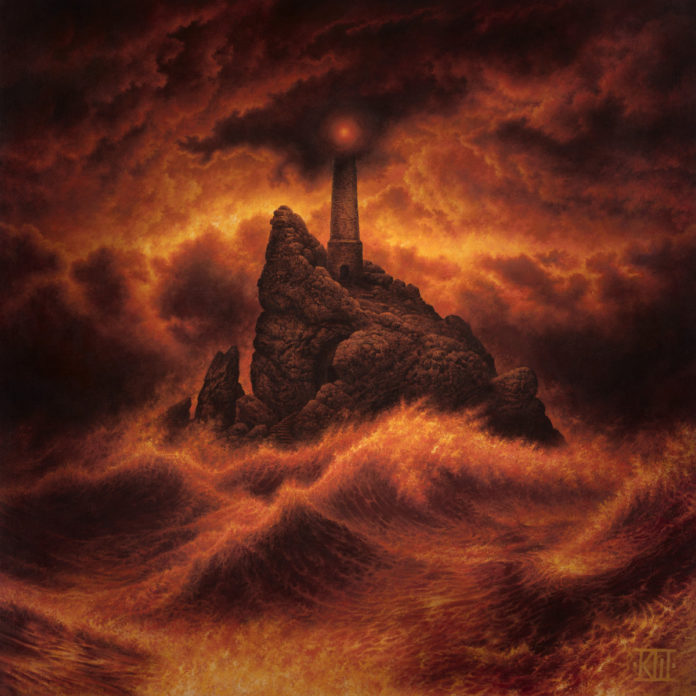 With the latest album from this long-running group, In Mourning maintain the essence of Swedish melodeath (with some doom heaviness soaked into the riffs and bass presence) while making some adjustments to the fringe details. The result is a pleasing, if not immediately spectacular, set of songs which work the tricky act of being both grounded and ambitious.

While comparisons to mid-era Opeth are likely to be piled on, there’s a more focused (or less wankish, depending on your inclination) bent to the songs of Afterglow, though they are fairly beefy in size, running somewhere around eight minutes on average.  Bridges, extended riffing, transitions that grow into tangents, and the allowance of counter-rhythm measures to play out fully help flesh out those run-times, but their ornamentation is added on in ways that really do just add to the main arrangements, instead of dragging on to the point of over-saturation.

Beyond that effective restraint with the proggy indulgences, the band’s playing sounds sharp but not too lean.  Balancing the lush tones and layering of some sections against harder guitar and battering drums elsewhere, rotating instrumental focus so that each of the members gets some time in the audio spot-light, and making sure to provide driving riffs in between the more flighty segments, Afterglow has the sound of a band which knows what they’re doing and wants to test their own boundaries, but doesn’t want to let that experimentation pull them away from delivering a record that satisfies their fans.

The results give In Mourning success on a number of fronts.  The album itself is pretty great, with understated depth to the compositions allowing for repeated listens without burning out, and strong performances all around.  For listeners who just want some meat-and-potatoes heavy melodeath (Swedish specialized or not), Afterglow delivers that, and for those who want to hear the band continuing to refine their style, that’s served up as well.  There’s enough retention of classic form that if the band wants to launch into something more overtly experimental with their next release, they’ve got the leeway to do so without leaving fans upset (except those who would do so just on principle), and they’ve shown the breadth of capability on this album that if it isn’t at least maintained on the next one, they’ll likely get some blowback asking where the craftiness went.  Between these two pressures, it feels like the band has situated itself to grow well from here, and by the quality of Afterglow, that growth will lead to some impressive places.