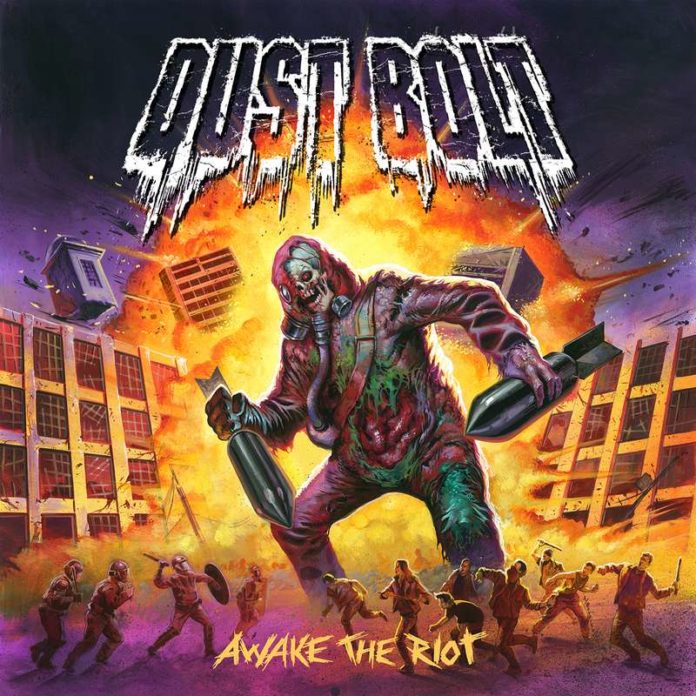 Do you know what’s pretty awesome?  Bay Area thrash metal.  I am talking about the Bay Area thrash that helped create an entire movement and a new generation of metalheads; when bands like Slayer, Testament, Exodus, Megadeth, Vio-lence and Metallica were ripping up the airwaves and selling out arena venues all over the world. These thrash juggernauts were all at the top of their respective games, and it was amazing because, outside of this small sub-section of northern California, nothing like it had ever been heard before.

Over the past few years I have been incredibly vocal about how thrash revival, with the exception of a select few bands, should be on its way out the door. 99% of the time these bands will only be able give us a product that is not only already stagnant, but also already well-worn and unimaginative at its best.  Dust Bolt sit firmly in this category. Why the hell should we ever want to listen to Dust Bolt over any other thrash metal band from our collection?  Sure, they try to make a case for themselves with good spirits on Awake the Riot, but they fall so short that I could swear I was watching Wile E. Coyote dropping into another rocky chasm with a tremendous and saddening thud, with every song sounding as textbook as the next.

I could just rattle off the titles like “Living Hell”, “You Lost Sight”, “Living A Lie”, or “Worlds Built To Deceive”, and none of it would make any difference to you since each song treats you to the same tired clichés and trappings that one would expect from a third-rate mixture of <insert any combination of legendary thrash metal bands here>.  Although Dust Bolt tend to focus more on mosh-pit grooves than their speed-demon counterparts, there just is not enough on Awake the Riot to really convince you that your time is much better being spent listening to this rather than, say, Handle With Care by Nuclear Assault or Among the Living by Anthrax.

Still, I will throw Dust Bolt a life-raft and say that the production is more than competent for a modern day thrash metal album.  The guitars are nice and thick and the bass is not completely buried. I also greatly enjoyed the drums, since not only are they the most interesting part musically, but the production really fit fit incredibly well around them.  While normally the bass drums would just annoy the shit out of me, here they are mixed in perfectly, giving off a powerful-yet-cooperative sound that does not drown out any of the other members.

While Dust Bolt and Awake the Riot have their own issues, they are not nearly as insufferable and grating as the braying performed by the likes of Fueled by Fire or Bonded by Blood, there is nothing to convince me that this is a thrash record worthy of my time, at least opposed to the classics of the genre.  Dust Bolt are a talented band, but when it comes to song-writing in general they miss the mark badly, leaving us with Yet Another Modern Thrash Metal Record©.

If anything I consider this just another nail in the coffin of thrash metal in general.  I guess it’s time to once again break out the Live Undead LP for the umpteenth time.