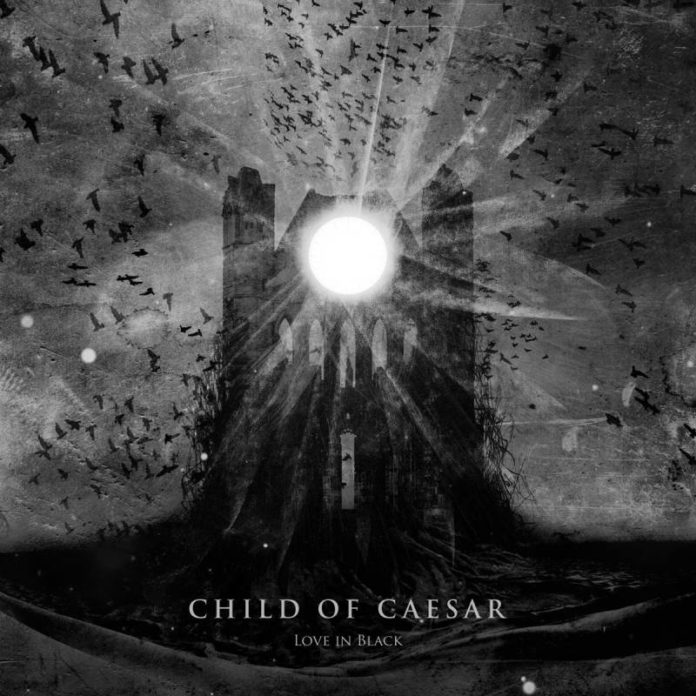 Let’s be real here. Gothic metal lost its way a bit. It’s a pitiful sight when a genre formerly limited to the underground is torn away from its cult followings by grubby executive suits, then forcefully injected with middle-of-the-road symphonic elements for that “classy” vibe, and trotted out on the front of Kerrang! looking more insincere and manufactured than fucking Vanilla Ice. When you’re caught in a suffocating vacuum of glittering makeup and mass-market gloom, one starts to long not only for the reassurance of Type-O-Negative and My Dying Bride, but even further back to the heyday of the late ‘70s. What I’m saying is, listening to HIM makes me wish I was applying eyeliner and lipstick in the men’s bathroom of the Haçienda while kicking the shit out of a red-laced skinhead. Judging by the sounds on display on their debut record Love In Black, Germany’s Child of Caesar understand those sentiments perfectly.

With the above statement considered, Child of Caesar do feel like a modern band in that much of their music on the surface feels particularly derivative of modern metal. A great deal of the songwriting is extraordinarily simple, and most of the cues and changes can be predicted so easily that it makes you question just why you’re listening to it in the first place. But despite how contrived everything sounds, from the zombie-shuffle rhythm of ‘Red Sun’ to the ‘Halloween preset’ keyboards on ‘Defector’, Love In Black captures a curiously-endearing set of atmospheres and characteristics that feel strangely absent in modern gothic metal. It’s a genre that’s no stranger to grandeur and melodrama, but there’s a bizarre, conflicting purity in Child of Caesar’s approach to this, and which draws so much from older palettes of gothic music which modern metalheads have grown away from.

It’s easy to compare this band to a half-baked Dimmu Borgir, but appreciating individual elements of each song reveal aspects of Bauhaus, Joy Division, and early Cure, all delivered with a swaggering glam rock bravado. Even the tinny, brittle production at some points (particularly the percussion) echoes the vacuous production of Martin Hannett that perpetuated some of the most seminally-bleak records of the ‘70s and ‘80s. One of the most obvious tells of the group’s major influences (as well as being one of the band’s few truly unique elements) is vocalist Daniel Mitchell’s delivery, which opts for lithe, brooding reptilian cleans rather than shrieks and growls. Mitchell’s talents shine their brightest on title track ‘Love In Black’, where each line is caught somewhere between Tom Warrior and The Sisters Of Mercy, with a tasteful dosage of Tim Curry at his most camp.

For a band that refer to themselves as “ethereal disordered gothic metal”, it’s fair game to suggest there’s self-awareness at play here , considering how unabashedly farcical Love In Black may appear at times. Even in the deepest, briefest recesses of the record, there’s some genuine emotional weight that’s amplified by the grim emotional turmoil the band directly inherits from their influences. That said, bands shouldn’t be praised for their influences alone, and this works to the advantage of Child of Caesar. Love In Black is still a particularly gleeful romp of glorious gloom and doom, and feels especially more enjoyable with the context that it taps into an array of influences which otherwise seemed to be lost, sitting on the borders of modern gothic metal, wistfully welcoming the void, and easily out-gothing Ville Valo in the process.

POSITIVES
If you own one of those badges that say "I'm so goth I shit bats", and wholeheartedly stand by those words, this'll make a welcome addition to your CD rack.
NEGATIVES
Plagued by derivative, predictable songwriting.
2.5