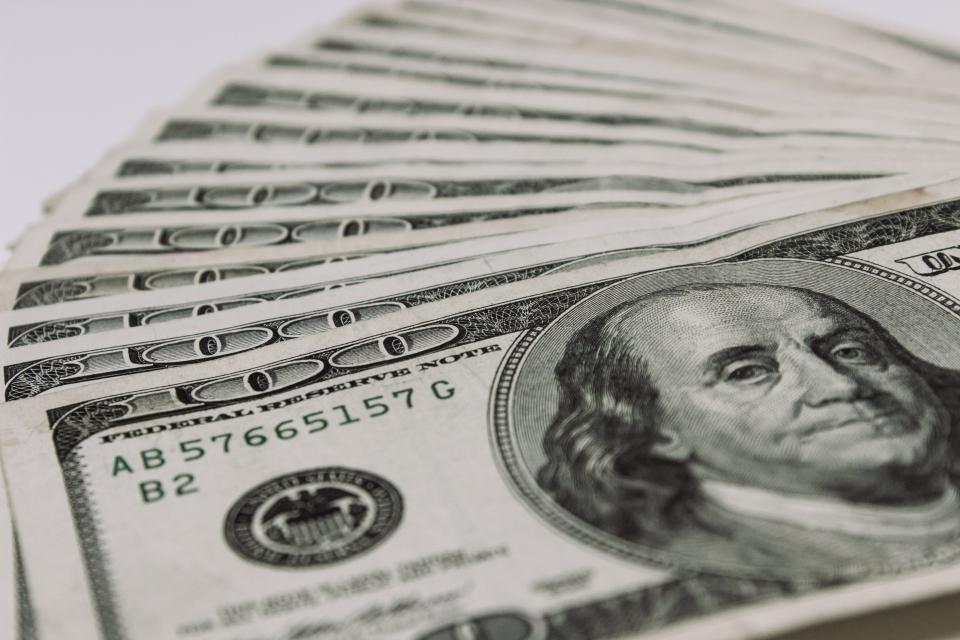 A few days ago we were offered the possibility of running some sponsored content. Nothing out of the ordinary, just a link embedded in an article. In return, we would be paid a certain amount of money, irrespective of how many people actually clicked on the link. There were, of course, some caveats. We had to write a completely original article, link other sites, so that our readers wouldn’t notice that the link was an ad, and, of course, not mention anywhere that we were getting paid to do it. In a decision that, I’m sure, some would politely label as “fucking dumb,” I rejected the offer.

There wasn’t any grandstanding; the marketer who reached out to us was very transparent in his intentions and, to the best of my knowledge, wasn’t trying to scam us. In fact, after I did a reverse search for the link he wanted me to use, it is clear that several other magazines have taken him up on his offer. The fact that what he was pushing was a betting site that had added some metal content just to get kids to visit their site and, eventually, start spending money, didn’t seem to bother them.

This isn’t exactly new. Sponsored content is one of the hallmarks of the modern internet, and companies like Buzzfeed have made a killing with it. A big part of their listicles and editorials are paid for by companies (often using stolen content!.)  Recently they even got into hot water in the UK, because some of their “sponsored” content was not clearly labeled as advertisement. This makes sense, because consumers are supposed to know when they’re being peddled a product or service, and when they are reading an actual journalistic piece (or, in Buzzfeed’s case, a truly independent list about things only 90’s kids will get). Hell, even in those cases where the articles mention that they are sponsored content (Orwellian doublespeak for a fucking ad) evidence shows that most consumers cannot tell them apart from regular content.

Now, I am well aware of the fact that music journalism isn’t exactly seen as a serious thing. We are, after all, a group of people devoted to listening to music and going to concerts; it’s not exactly uncovering the Watergate conspiracy. The problem is that, as lightly as we might look at what we do, there is a lot of money involved. In the United States alone, sales of music for the year 2015 amounted to over 7 billion dollars.  While a big part of that money is made on buzz alone (Adele’s new album sold well because she is Adele), some of it was the result of positive coverage. We have all bought or streamed an album simply because we heard good things about it, or because we read a good review. In fact, research shows that around 15% of our discovery of new music comes from magazines and websites. That’s over 1 billion dollars in sales that, just in the United States, rely on an independent, transparent, and objective press.

Imagine you’re in a big band like Metallica or Slipknot. You can afford to pay for sponsored content on a site; you can place ads, create buzz, have a magazine talk about how cool your band is, etc. If you’re just a new band trying to catch a break, however, that possibility is closed to you. You can barely afford your instruments, let alone paying some asshole to write sponsored content for you. What this creates is a system in which only established brands get to be talked about, while the smaller ones simply slip through the cracks.

Even if we assume that while sponsored content exists, reviews will still be transparent, deceitful advertisement still hurts the readers and the press. In a recent article published in the Arizona Law Review, for example, Professor Lili Levi explained how

“The transitory financial bump of native advertising will ultimately pale in light of the harm to the credibility   of   news   organizations   from   their   lemming-like   foray   into   native advertising. It is particularly troubling that news organizations are themselves producing such advertising content in-house and leasing their editorial content to be used for marketing by brands. Thus, not only does the new fad of native advertising pose significant threats of consumer confusion and deception, but it also presents deeper and broader dangers to the editorial independence and unbiased news judgment to which we aspire, and to the legitimacy, power, and democratic centrality of the press as an institution.”

Her point is very clear. By trying to deceive our readers, we risk losing their trust. Worse yet, by deceiving our readers we simply do not deserve their trust. If they cannot count on us to deliver objective information, to treat them with respect, they will simply find their information elsewhere.

While this is our way of informing you that we will never do this kind of thing to you, it’s also a good way as any to confirm that profitability is hardly in our future. This isn’t really our desire, as we would all love to live off of what we do; but if the price is to be a shill, to trade our principles, the kind of Faustian Pact Professor Levi references in her article… we simply won’t do it.

Since this article has generated some new interest, we thought that it would be interesting to track what magazines did take this company on their offer. The following outlets carried the links to the gambling website in question, presumably getting paid in the process, even though it’s not really related to the body of the article, nor is it a reputable source for music new. None of them notified their readers of the fact that this was a paid post.
MetalWani.com
To Metal Magazine
All About the Rock
Metal Trenches
Rift Magazine

If you value actual journalism, don’t support those that have no qualms in deceiving their readers.

Good on you for maintaining your integrity (if not financial security).

I am amazed at how corrupted modern journalism of any variety is these days. Integrity seems to have been progressively flushed away since the 1980s when selling news became big business courtesy of CNN,

And now advertorials seem to be the mainstay in both print, broadcast and online media.

Hi, and thank you very much for your visit, as well as for your very kind words.
It is definitely a worrying thing, since we don’t have any way of knowing that we are being sold a product, hidden as news. We added a list of the sites that we found are currently getting paid for linking that site.

These days it seems not many people left which understand even the basic concepts of morality. For them moral is what they want, what they need or what they like, and immoral is simply the opposite. “Principles” are used only to justify what is seen as a goal; if principles are not applicable, they are ignored without any hesitation or shame. Not to practice what you preach become usual and perfectly normal, justified by a well accepted notion that some people, who are self-declared as “progressive”, are automatically better and therefore ubermensch, allowed to do things forbidden to others. In… Read more »

Thank you very much for your comments.
I think that the problem is that people think that because this is the “entertainment business,” we are not supposed to have any morals qualms about things like these. I disagree.
We owe our readers transparency. I don’t have a problem in having a sponsor, provided we inform our readers. The problem begins when we make money at the expense of our readers, lying to them.
We added a list of the sites that are currently doing it with that gambling site. Hopefully people will stop visiting them!

I’d like to weigh in and set the record straight if we are truly talking about having all the facts and engaging in unbiased journalism. J, I would like to discuss this with you privately, but couldn’t track down direct contact info to do so. You may message the Metal Trenches facebook page or email me at [email protected]

And for the record, to readers, I care deeply about the bands above all else. I dedicate hours a day unpaid to spread the word about these groups that I deeply want to succeed. Yes, these people approached me and this one time with this review, I linked their site to help make ends meet. It did not impact the outcome of the review (which I would deem dishonest) and the review had already been written. The link had no affiliation with Skeletonwitch. I could agree with outrage if a band or label paid us to boost their score or… Read more »

Reflections on Hate and Some Answers for Arch Enemy

Music Can Still Get You Arrested in 2014