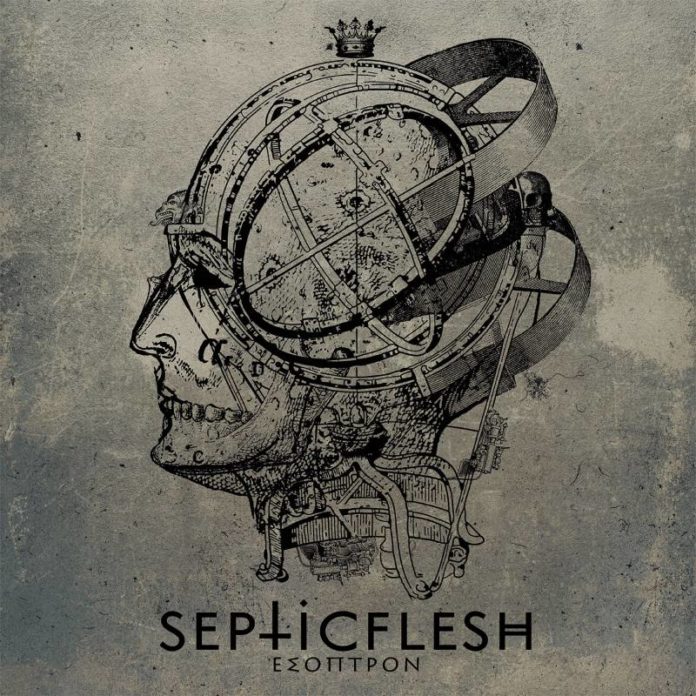 Septicflesh have quickly established themselves as the leading Symphonic Death Metal act. With each release being better than the previous, I am impatiently waiting to hear what their next album would sound like. But in the meantime their record label, Seasons of Mist, have decided to present us with a series of re-releases of the band’s early works. The second to hit the shelves is the bands critically acclaimed sophomore album: Esoptron.

Septicflesh’s second opus is remembered as the release that added a few fresh elements such as synthesized string arrangements and a strong doom and gothic vibe, to their already established death metal foundation. While most of the experimentation is reserved for the short interludes, like the piano and flute driven “Celebration” or the eerie “Astral Sea,” the songs themselves feature less of these elements, but in turn experiment with various metal genres, for example the gothic black metal style reminiscent of Cradle of Filth, especially in “Rain.” The album also features impressive guitar work, with the harmonic and melancholic solos being the main mood-setter on the album. With all of  the various elements incorporated masterfully into Esoptron, the album is truly a testament to the band’s songwriting ingenuity.

The re-release brings us all the original 11 tracks, plus a bonus track “Woman of the Rings” and two live tracks, recorded back in 1999. This is a great choice, as these rare tracks give us insight in how the band sounded back then, rather than adding recently recorded live renditions of those songs. The entire release has been remastered so that it retains the original’s edge, while still sounding refreshed. The cover artwork has also been reimagined, featuring a more modern illustration that captures the feeling of the album perfectly.

In conclusion, although I am not a huge fan of re-releases, I believe that Esoptron is a great chance for the fans who started listening to the band with Communion or The Great Mass to experience first-hand the point when Septicflesh took the turn towards an experimental and symphonic approach to music that gave birth to two of their most highly acclaimed releases.