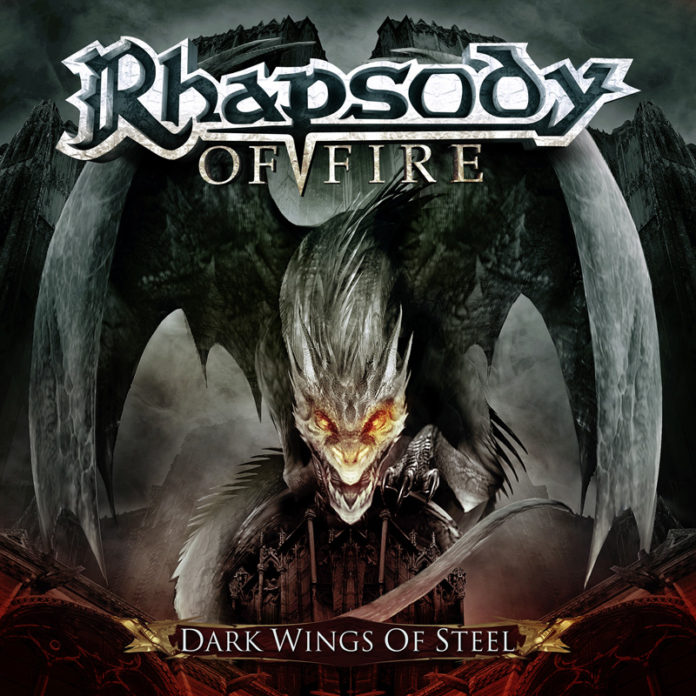 Rhapsody of Fire is one of the bands that helped shape my musical taste. Being a huge Dungeons & Dragons fan, the lyrical themes and the epic feeling of the band’s music obviously had a strong appeal to my younger self. It was later on, when my hearing became a bit more sophisticated, that I realized how profound the band’s music really was, mixing all sorts of influences – from metal to classical – into a perfect whole. The infamous split into Rhapsody of Fire and Luca Turilli’s Rhapsody obviously came as a shock to me. Deciding to disband and go their separate ways at what might have been the apogee of the band’s career was either a really brave or a really stupid move. The only way to know that for sure was to wait and hear. Luca Turilli’s Rhapsody did a splendid job with Ascending to Infinity, but the release still didn’t have that classic Rhapsody ring to it. So it was up to the other side of the coin, the side I was secretly rooting for, to show what they’ve got.

After listening to the record over and over again, sadly, I have to say that Dark Wings of Steel is missing the classic Rhapsody ring as well. Don’t get me wrong, it is an awesome record packed with emotional vocal performances, amazing orchestrations and impeccable musicianship. There are certain moments on the album that take you back to their early years, but the effort is closest to what the band did during their tenure with “Magic Circle Music.” And although both Symphony of Enchanted Lands pt. 2 and Triumph or Agony were outstanding releases, the previous record, From Chaos to Eternity, had both the epic feeling of Triumph or Agony and the fury and the edge of Power of the Dragonflame.

On Dark Wings of Steel the fury is gone as the tempo is mid-paced save for the opening track “Rising from Tragic Flames” and “Silver Lake of Tears,” a classic upbeat power metal tune. This would not have been an issue with any other band, but part of Rhapsody’s magic was in the perfect album dynamics set by the bombastic tracks, the mid-tempo pounders, emotional ballads and the medieval style intermissions. That kind of suspense is not featured on Dark Wings of Steel, and after hearing a few tracks the rest of the album’s heading is predictable. The songwriting is inconsistent: there are some amazing tracks like “Angel of Light,” but also some filler tracks that you can’t seem to remember regardless of how hard you try. My biggest remark concerns the production, which is not as upscale as on the previous records. The entire album seems underproduced, with some great hooks being lost in the mix. Guitars suffer the most, as the guitar tone is at times dull and indistinct.

The record is not as bad as my biased judgment might have made it seem. Fabio Lione’s performance is at the front, versatile and passionate. The epic hooks are there and choral parts that make your skin crawl are not lost. If you loved Rhapsody of Fire before, you will not be let down, as everything that made you love the band is still present; It’s just that the previous records have set a standard the new album sadly does not rise up to.

This is an album that neither disappoints nor impresses. It is a standard Rhapsody of Fire effort, no more nor less, it’s just that The Frozen Tears of Angels and From Chaos to Eternity raised the bar when it comes to what I expect from the band. As for whether which side “won”, I’d say it’s a tie. Both Luca Turilli’s Rhapsody and Rhapsody of Fire released solid albums that are sure to satisfy the fans, but both missing something that the other side has. Being such skilled musicians I believe the bands will learn to compensate for their respective losses on the following releases. If not I can only hope that an eventual Dark Wings Ascending to the Infinity of Destiny will reunite the two sides, so that they might continue on the epic quest that they started 16 years ago.