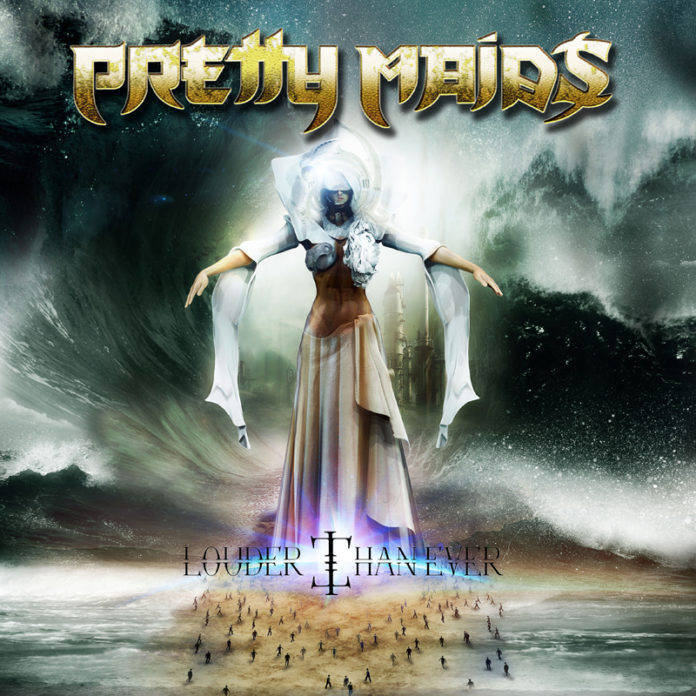 Out of all the bands to emerge in Europe during the 80’s, Pretty Maids are one of the most underrated. Their unique sound that fused traditional heavy metal with album-oriented-rock (AOR), Hard Rock, Glam and even pop helped shape melodic European metal as we know it today. After their initial success in the 80’s, the band went dark during the 90’s, having both gone through a major line-up change and fallen victim to the grunge movement like many bands of that time. After several overlooked releases, Pretty Maids returned to the grid in the late 2000’s with two highly acclaimed albums, Pandemonium and Motherland. In order to bridge the gap between Motherland and the new album, the band decided to reward their loyal fans with a new studio effort: Louder than Ever.

Louder than Ever is not an LP per se, but rather a collection of rerecorded songs from the period between 1996 and 2006, and a couple of new tracks. One of the things I appreciate the most is that the band did not want to rerecord tracks from the 80’s, considering them sacred to both fans and themselves. The rerecorded tracks are much heavier, arranged and produced in a slightly different way, in the vein of their latest two releases. It is really nice to hear tracks like “Virtual Brutality,” “Playing God” or “Wake up to the Real World” in this new style, more modern and edgy than before. Production-wise, the tracks lean more towards heavy metal than AOR or hard rock, as the guitars are much thicker and rougher than on the original recordings.

As for the four new tracks, they don’t differ much from the Motherland material, and I think that it’s a good thing that they ended up on this compilation rather than on a new release, as they would feel like the odd-ones-out on an album that should be a step forward from Motherland.  However, these tracks are far from B-sides and can stand shoulder to shoulder with most of the tracks from their 2013 release. “Deranged” and “Nuclear Boomerang” are classic heavy pounders, while “My Soul to Take” and “A Hear Without a Home” show the band’s AOR side.

Louder than Ever shows how the band has matured in terms of performance. Ronnie Atkins’ vocals sound more powerful than ever, combining softer, melodic rock vocals with harsh, dynamic and high-pitched ones. He demonstrates versatility, power and emotion many contemporary heavy metal singers could learn from. The rhythm section in particular shines on this album, with the production bringing out the best of René Shades on bass and Allan Tschicaja on drums.

All in all, Louder than Ever is a perfect way for new Pretty Maids fans to get acquainted with some of their unrightfully unnoticed tracks, and also a chance for the die-hard fans to enjoy a new, heavier, coating on some of their favorites.[signoff predefined=”Signoff 1″][/signoff]