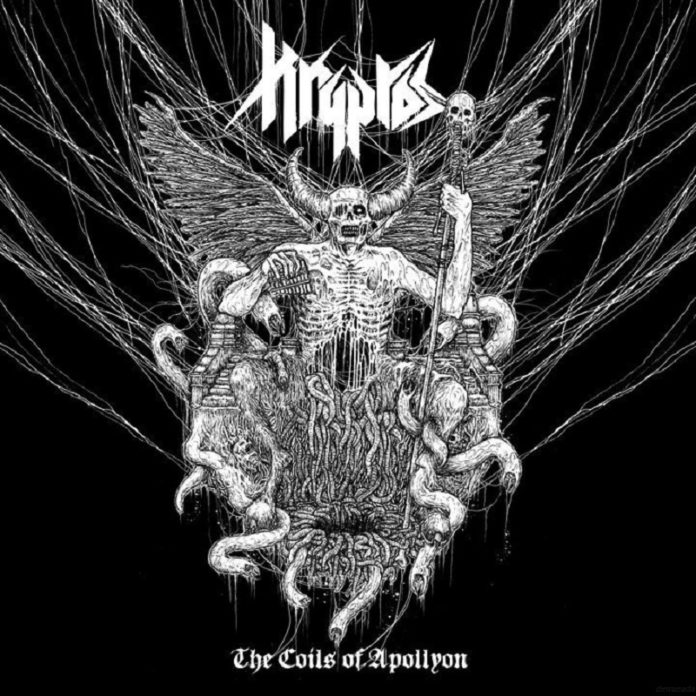 Western music scene has been in the focus of attention for so long that many had neglected the brilliant bands formed in the East. Rising in the East is a strong, new metal movement, spearheaded by the likes of Orphaned Land, Melechesh and Myrath. However, one cannot talk about Eastern Metal movement without mentioning Kryptos.

Kryptos were formed in 1998 and are one of the most prosperous heavy metal bands hailing from India. With two albums behind them, “Spiral Ascent” and “The Ark Of Gemini,” the leading Indian metal act has attracted much attention, playing as the support act for the likes of Iron Maiden, Dark Tranquillity, Kreator, Satyricon and many more.

Four years after the release of “The Ark of Gemini” Kryptos are back with a new, long awaited, release: “The Coils of Apollyon.” Coming from a land of rich cultural and musical background, one mighT expect to hear a lot of traditional Eastern elements, however that is not the case. The sound, instead, is a unique blend of heavy and thrash metal, featuring the best of the both genres. The music itself mostly reminds of good-old NWOBHM, with the addition of harsh semi-growl vocals. The guitar work is amazing and versatile, ranging from Bay-area shredding to Maidenesque harmonies featured in the opening track, The Mask of Anubis or the 6-minute, anthemic Starfall. Strong Kreator sentiment is present throughout the record, mainly in the melodies, the vocals and complex arrangements. However not one song sounds like a rip-off of any particular bend, but rather a great blend of various influences, ranging from Iron Maiden and Kreator to Mercyful Fate and Coroner.

While the music is mostly pure heavy metal, a few surprises await here and there, like the amazing thrash number, Spellcraft or the beautiful acoustic piece, The Isle of Voices, closing the album. The sinister 8-minute epic, Visions of Dis, has a Candlemass feel to it, the heavy rhythm interwoven with beautiful melodies. While the guitars are truly amazing, the rhythm section also has its glorious moments, dominating throughout Eternal Crimson Spires. The production is superb and really captures the spirit of the 80’s but still manages to sound fairly modern. I must admit that while I am not much of a nostalgic myself, this album really reminded me of the glorious metal past, and I believe that this is the recipe for success for these guys. Both those who are enchanted by the 80’s heavy metal and those who like modern heavy metal will equally be amazed with this album, which is an achievement not many bands can brag about.

With “The Coils of Apollyon” Kryptos might make a deserved breakthrough for themselves, and attract attention of prominent metal media. Even if it isn’t the case, this album will surely captivate a brave new following of fans of heavy metal, East of West and North or South. Heavy metal knows no boundaries, and these guys prove that best.