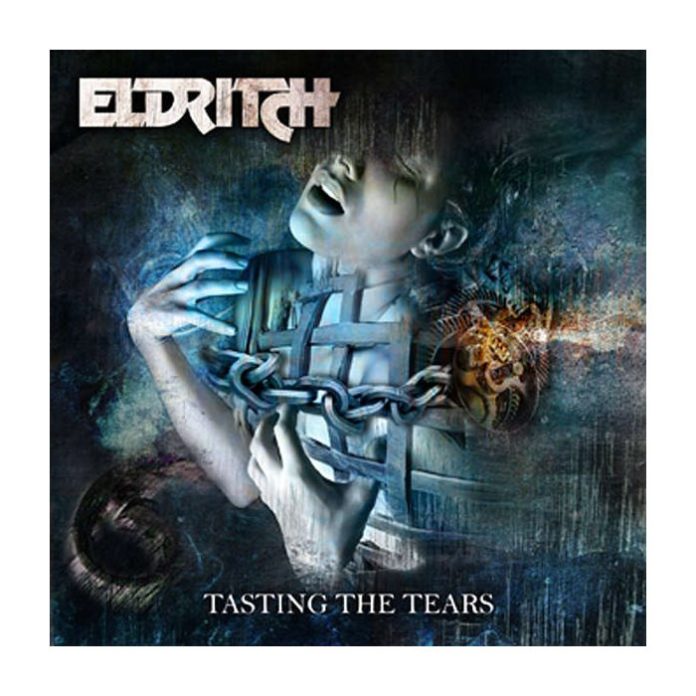 For a band that has been around for over 23 years Eldritch are a pretty obscure act. Even with 8 albums in their back-catalog, the band always stayed under the radar, a hidden gem of progressive metal for the rabid to discover. The persistent are definitely in for a treat, as they are about to discover one of the most versatile progressive acts, a virtue these Italians demonstrate through their ninth opus: Tasting the Tears.

What sets Eldritch apart from many of their contemporaries is the use of various musical influences. You can hear math-metal guitar breaks in the opening “Inside You,” modern metal keys backing the heavy riffs à la Amaranthe in the title track (thankfully no other comparisons can be drawn between the two), or AOR inspired vocal delivery in “Waiting for Something.” Eldritch use all of these and much more and blends them into their own brand of progressive metal for a challenging, completely unique and enjoyable experience. At the core of the album is a dark, melancholic atmosphere, perfectly captured in the lyrics and delivered through Terence Holler’s emotional and skillful performance. The record has many surprises in store for the listener, who has to give it at least a couple of spins before they can get a full grasp of the album’s depth. The songs are in constant motion, shifting from acoustic to bombastic guitar work and from thrash to traditional power metal-inspired songwriting, like in “Something Strong.”

Tasting the Tears boasts amazing musicianship coupled with outstanding production. Each instrument gets its own chance to shine, while at the same time they all fit together perfectly. The piano is the perfect example of this: while it has some brilliant spotlight moments (e.g. in “Iris”) its support role is just as impressive, lurking in the background of heavy tracks such as “Don’t Listen.” The production captures not only the band’s impeccable musicianship but the aforementioned gloomy emotion as well. It flirts with jagged, modern influences but stays true to the traditional progressive school of production, with a strong emphasis on the instrument sharpness and clarity.

The album is a coherent whole; there are no standouts nor radio-hits but rather a collection of quality tracks that will definitely engage an average listener, although people who dislike progressive song structures and enjoy musical flicks might definitely be turned down by this concept. Having said that, Tasting the Tears is an album that will surely reward patient listeners for their attention, and one that is definitely getting stuck in my playlist for years to come.

Helloween – My God Given Right