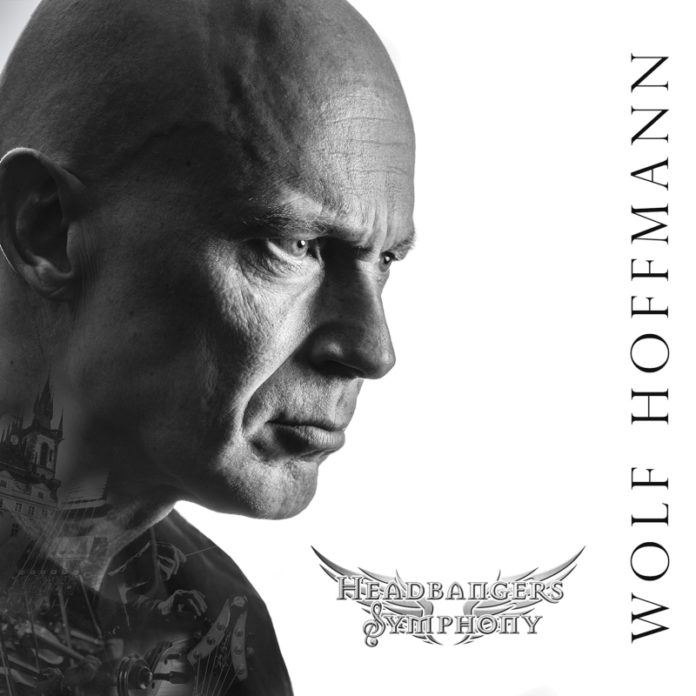 Headbangers Symphony is the follow-up to Wolf Hoffmann‘s album Classical, in which he began to follow his vision of classical music translated into metal. While Headbangers Symphony features a forty-piece orchestra, as well as guests on bass and other instruments, the press release lists only Hoffmann himself (handling guitars) in the line-up. He is gamely soldiering on to make this record despite what is clearly a very lonely situation.

Beethoven, Mozart, and Mussorgsky are tapped for coverage, among others, so if you’ve watched Fantasia at some point in your life, you’ll be in good shape to recognize these tunes. I guess the last thing a metal musician creating this sort of tribute to classical music wants to do is to alienate potential listeners by going too obscure. Oddly, Hoffmann also cites whether a classical piece sounded good in 4:4 time as one of the major criteria in picking songs for the album (shit, better get the ‘4:4 only’ memo out to all those prog metal bands). Changing around time signatures, tempos, and moods (it ain’t metal unless it’s bombastic, right?), Hoffmann says that “As long as the final song is reminiscent of the original work, I am happy,” so you’ll be setting yourself up for a fall if you go into this album expecting faithful performances of the selected pieces. Instead, think of them as homages, tributes that really want to make these these pieces metal instead of what they originally were. That said, the music generally succeeds at turning the reserved measures into swinging beats, so if you’ve ever wanted to hear a pepped-up take on “Madame Butterfly”, now’s your chance!

Perhaps the biggest sticking point here is that the metal into which the songs are twisted doesn’t seem to be making any effort to take on the character of the songs its handling, beyond playing (mostly) the same notes. “Night on Bald Mountain”, which has to be up there with Stravinsky for early influences on fans of both metal and classical, is translated on this album into something without its distinctive heaviness or diabolical tone, while “Symphony No. 40” (which cinephiles will undoubtedly recognize as the trailer music for Magic in the Mirror: Fowl Play) has its delicacy hobbled into the bland metal in which Headbangers Symphony specializes. Not death, nor doom, and certainly not black or thrash, not even simple heavy metal, it’s maybe best described as power metal with most of the fire put out and edginess removed, so you don’t have to worry about getting your face shredded.  Even so, it does take skill to play these songs, so at least Hoffmann deserves recognition and some respect in that regard.

It really is confusing trying to figure out who this album is intended to please. The truly devoted fans of classical music will likely have their interest deflated by all of the alterations; metalheads without a pre-existing interest in classical music just won’t give a shit (or will compare it to whatever they usually listen to before not giving a shit); finally, those in between will probably end up comparing it unfavorably to the works of Yngwie Malmsteen and other power metal virtuosos who couldn’t help but dip into the classical well. Still, as long as Hoffmann had a good time putting the pieces together, so what? And as long as you can find amateur metal covers of classical music on Youtube with far more character to their performance, who cares?