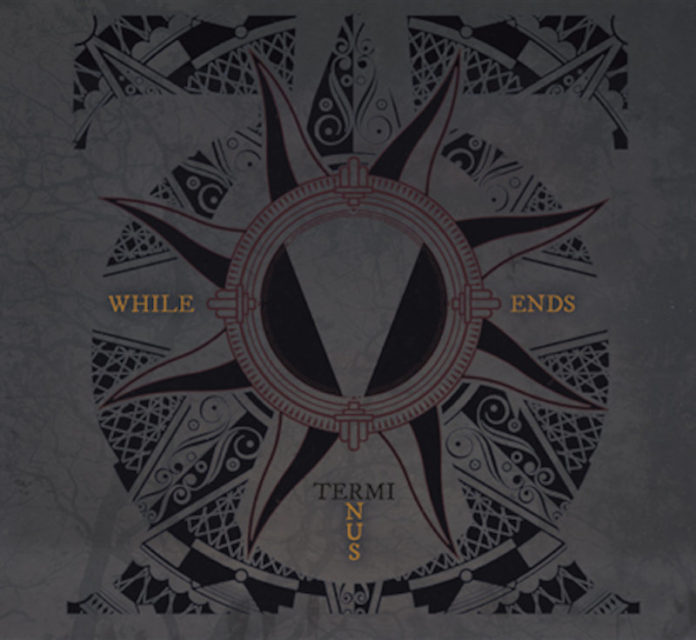 My understanding of Post as a genre is limited. With post-rock bands such as God is an Astronaut, and We Lost the Sea, I thought the point of the genre was to create instrumental and atmospheric music that is heavy handed with rhythm, and which requires active listening. While Sun Ends challenge this view with their brand of Progressive Post-Death Metal (too many subgenres!), as in their second album Terminus, they smash together the calm melody of Post-Rock with the brutality of Death Metal to both my delight and utter confusion.

According to the band, the album is based on the concept of arrival and departure, and how the two are essentially the same. The theme is evident in the fluid transitions between soft, flowing passages and crunching, off-kilter riffs that have no care for the laws of beat or rhythm. There are also male and female vocals present in the album, with the male side dealing mostly in growls, while the female side takes command of the melodic sections. Both voices suit the music perfectly, although both would have benefitted from a greater focus on enunciation, as I could barely decipher any of the lyrics.

Although Terminus may confound my understanding of genres, the music justifies the confusion. The brutal and melodic aspects of the album are treated with equal care, allowing them to build off one another for a memorable performance. If you like your music laced with elliptic variety, While Sun Ends are worth your time.