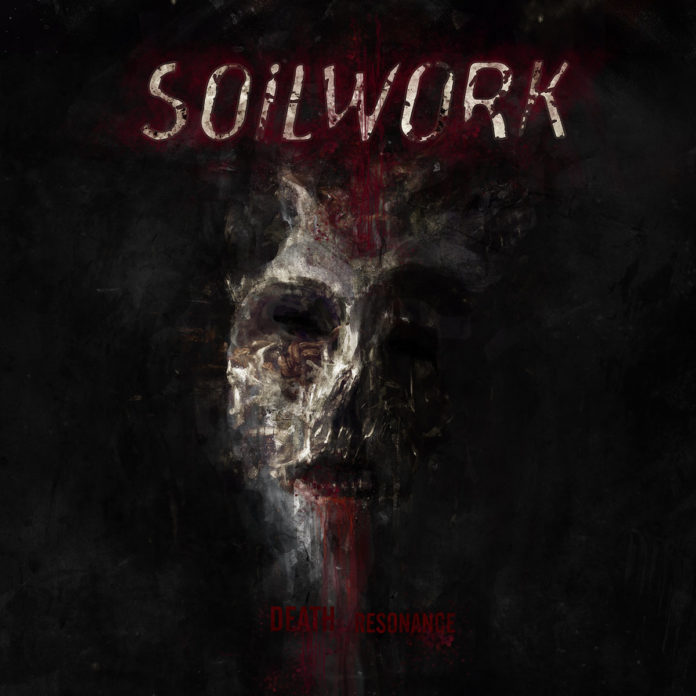 I first tuned into Soilwork with The Panic Broadcast. Taken by their seamless combination of brutality, melody, and mystifying lyricism, it wasn’t long before I was moshing at one of their shows. The Living Infinite was the soundtrack for my final year of high school, and even though its follow-up, The Ride Majestic, did not experience the same kind of obsessive playtime, it still left me wanting more.

Death Resonance possesses all the qualities that I expect from Soilwork. Dramatic buildups that explode into intensely fast passages, as the tone skips between sinister sections and moments of glowing warmth, and groovy riffs coupled with catchy choruses that create an engaging experience. Even though each song carries these attributes, making them all incredibly easy to rock out to, the similarities between each track, together with jarring stylistic contrasts, hurt the performance as a whole.

Now, even though Soilwork typically take great strides forward with each release, Death Resonance takes a moment to review history. Along with two new tracks, the album compiles material that was widely unavailable (region-exclusive b-sides, etc.) from The Ride Majestic back to Stabbing The Drama. It is due to this, the fact that all the material comes from different parts of Soilwork’s history, that the album is not a flowing or consistent performance. Of course, it is difficult to achieve a perfect blend in a compilation such as this; however, even though this might be a forgivable flaw, listening to the entire album in a sitting can prove challenging and gives the impression that the work is simply a collection of singles rather than a strong and cohesive work that was carefully curated. Also, Death Resonance lacks variety and many of its songs seem to follow formulaic patterns which further cripples the album’s dynamics and character.

When it comes to the new tracks, “Helsinki” and “Death Resonance,” they sound like afterthoughts from The Ride Majestic. The songs bring some new elements, like the use of organs in the background, but they do not go into any new or daring directions. Also, the tracks are not very memorable, as they lack standout moments and actually left me with far more anticipation for what comes after. Neither song would serve well as a single, which makes me wonder if the album was created to sell the tracks, instead of the opposite.

There is not a boring moment on Death Resonance, as each second can get energy flowing and heads banging. Every tracks possesses its own strengths, but they all fire off in their own direction with little consideration for consistency. To make things worse, the new tracks do not sound fresh and are the weakest point of the album. Although for fans of Soilwork it’s more solid material, I wouldn’t recommend it as someone’s first introduction to the band. Let’s just say they can do better.

POSITIVES
A compilation of bonus material for the fans.
NEGATIVES
Too disorganized to draw in new listeners.
3.5
Support the band (and US!) by purchasing their albums!
Amazon USAmazon UK