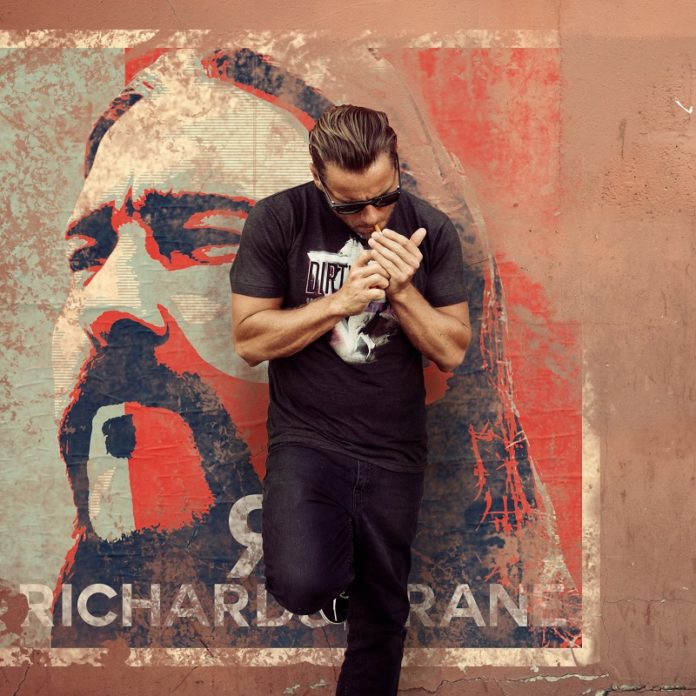 Richards/Crane is a duet consisting of Whitfield Crane (Ugly Kid Joe, Medication) and Lee Richards (Ex-Godsmack, Dropbox). While this is not an unlikely collaboration, the music is not what I expected from it. On their self-titled debut, they deliver an acoustic, borderline folk/indie rock performance that aims to put a trance on the audience, but doesn’t always hit the mark.

Richards/Crane capture a grass roots vibe right out of the gate that lulls the audience into a state of relaxation. Percussion and acoustic guitar serve as the architects of the dreamy mood and are accompanied by harmonious vocals that tell a story that deals with introspection and will resonate with many people. There is a clear focus on the vocals and guitar as they are front and center in the production and seem to have a lot of thought behind them. They take form in meaningful verses and haunting riffs that work together to build a captivating experience. The entire performance resembles a slowed down, toned down, Skycald with its folk stylings delivering occasional punches of rock. The comparison is even evident in the lyrical themes that centre around social disorder and self-betterment.

The minimalistic approach taken by the album works well thanks to a careful hand in the construction of the songs, as no track overstays its welcome. Despite the slow tempo, there is a quick pace to the album as songs develop their message and then promptly make way for the next track in smooth succession.

While the songs on their own are neat and trimmed, the album as a whole has excess fat that is deserving of being sliced away. The last quarter of the album feels like the band ran out of steam and ideas. The material would serve better as bonus tracks for any diehard fans, as they add nothing to the overall experience and derive from the speedy efficiency that Richards/Crane establish. Also, the dreamy mood may be well crafted, but is overused. The constant mood makes for a performance lacking dynamic character and breaks the spell the album spins.

The album is a soft piece of work that carries a load of emotional weight. Instead of dwelling on the message of the music, smart decisions in the length and progression of the songs keep the pace lively and moving, although there are a few tracks that feel unnecessary. Overall, for those looking for a simple performance with heavy focus on guitar and vocal work, Richards/Crane are worth a spin or two.

IN A NUTSHELL
Enough value to give it a few listens, not enough to go out and straight up purchase the full album.
POSITIVES
Effective minimalistic approach.
Emotional charge.
Dream-like atmosphere.
NEGATIVES
Handful of redundant songs.
Unchanging atmosphere.
3.5