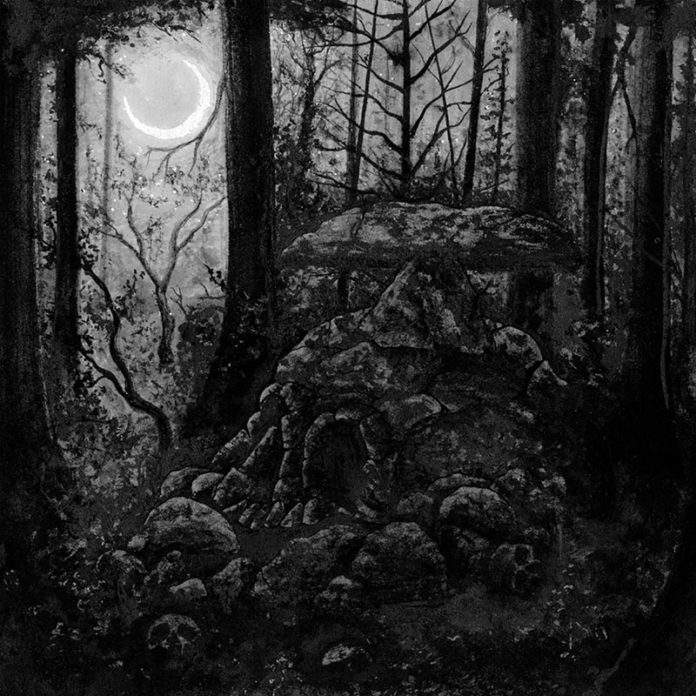 Some of my favorite black metal records over the years were all from one man “bands,” such as “Nocturnal Poisoning” by Xasthur, and “True Traitor, True Whore” by Leviathan. The one-man band set up is a time honored tradition in extreme metal, with one of the earliest examples being (of course) Burzum. Oakland’s Palace of Worms and Indiana’s Ecferus are two up and coming projects in the scene, and have unleashed a split album that showcases two different shades of black.

First up are three tracks by Palace of Worms, which have a heavy, death metal-influenced tone. Formed in 2007 by Nicholas Katich, who performs under the stage-name Balan, Palace of Worms has been adding more and more death metal into the mix. “Rot From The Stars,” in particular, has a crushing death metal vibe, even though the tempo is often only at a medium pace; the down tuned guitars sound absolutely crushing, and have a chuggy quality that would probably sound a bit muddy if they were played faster. “Wendigo Sickness” has an old school death metal vibe that reminds me of Deicide, managing to balance brutality and relentless speed with an evil tone.

The next three tracks are provided by the somewhat more mysterious Ecferus. Despite having only just begun releasing material since 2015, Ecferus have been making some big waves in the underground scene. The tone is closer to more traditional black metal than the tracks provided by Palace of Worms, though no less intense. The guitars switch between speed-picking, and moodier, slow pieces that still make us of a lot of creepy-sounding minor chords, with howling vocals that reach agonizing pitches in the most feverishly-paced moments. Though there isn’t as much death metal mixed into the music, Ecferus is still pretty heavy, as can be heard on “Ritual Calamity,” which has a chaotic feel reminiscent of Deathspell Omega. The time-signatures change at breakneck speeds, but are not so extreme that the listener isn’t able to enjoy the good riffs, and there are PLENTY of good riffs.

The mixing and mastering on this split was handled by Greg Wilkinson at his Earhammer Studio, which gives the tracks from both artists a uniform sound. There’s a lot of ambience present in both sets of tunes, thanks in part to the fuzzed-out guitar distortion, but also in the subtle use of reverb, giving the songs a “live” feel. With the production being more or less the same, you really get to hear the difference in each band’s approach to their craft, which makes for a pretty compelling black metal record. If you like black metal in any way, shape, or form, do yourself a favor and pick up a copy of this Palace of Worms/Ecferus split.