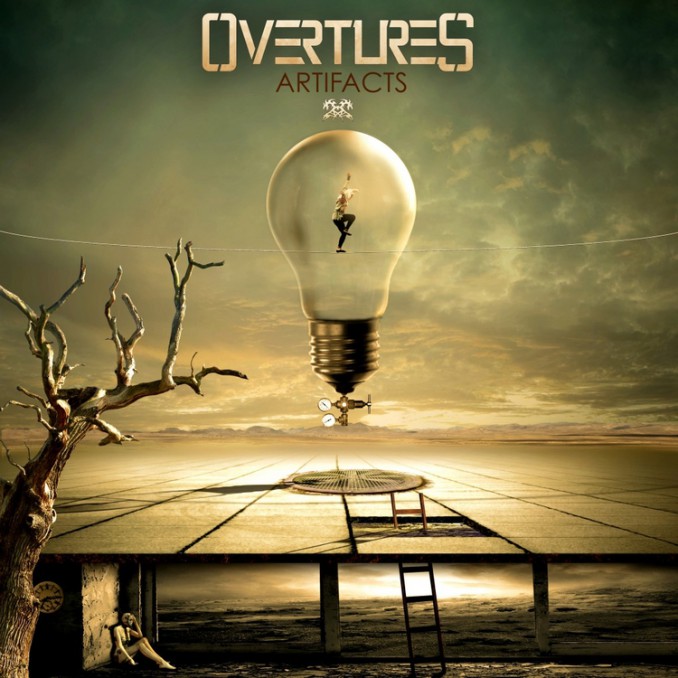 In Artifacts, Overtures burst out of the gate and amp up for a crushing progressive power metal performance. The vocals soar high, sounding like a cross between Edguy and Stratovarius with a handful of group vocals, growls, and near screams in the mix. The guitar bottoms out and plows through with forceful riffs that turn into solos with ease. On the track “Angry Animals” there are even some sections with serious groove that provide a fitting contrast to the bombastic, high energy approach.

While the album packs a punch, there are a number of flaws in its construction and elements that weaken its blows. About half the tracks feel fresh while the other half are stale and add no value to the performance. What makes matters worse is that the one track that is a winding ten-minute epic falls into the latter category and is worthy of skipping. As well, there are theatrics dumped in the performance in the shape of absurdly quiet piano bits and low crooning on the vocals that feel like an afterthought.

Artifacts has its enjoyable aspects and its weak moments. The energy and speedy tempo makes tracks that are easy to rock out to, and the occasional bits of funky groove provide a distinct taste. However, there are too many tracks that are forgettable at best and only clog up the pacing of the album. Artifacts is worth a spin to pick out the gems, but leave the dirt behind.