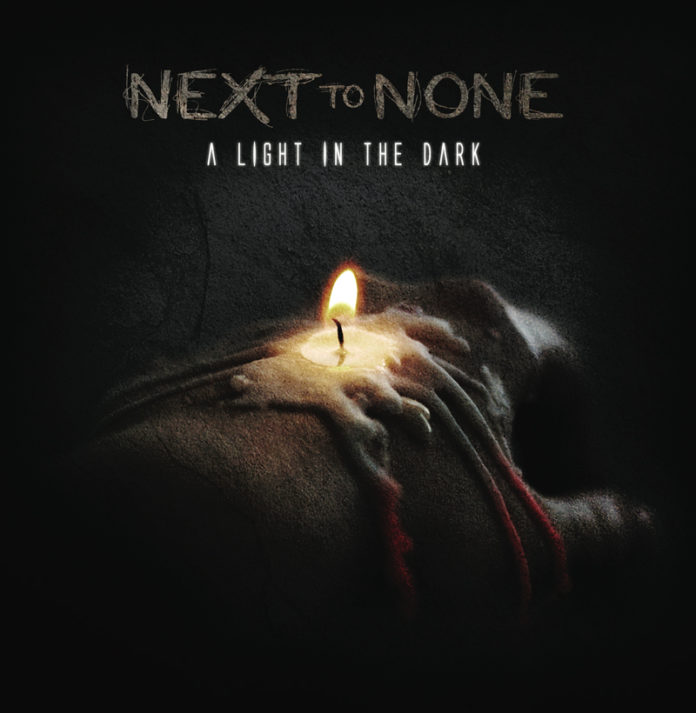 Next To None are a very young band both in the sense of formation and in the actual age of its members, as all of them are less than nineteen years old. A Light In The Dark is their first full length album to follow up the EP they made when they were thirteen. Yeah, let that sink in.

The most noticeable influence present in A Light In The Dark is the work of Dream Theater, particularly the era from Six Degrees Of Inner Turbulence to Black Clouds And Silver Linings. While the vocalist borrows heavily from James Labrie, he doesn’t have the experience to use his tools with proficiency, and will often supplement this weakness with group chants and core screams that although are solid, I’m not particularly fond of. The guitars focus mostly on heavier passages with large amounts of fuzz present and speedy, winding sections with the special FX turned right up. The heavier bits are mostly unremarkable, but do serve their purpose in laying a foundation for the sound; the faster sections are much more interesting, with their intricacies and choppy tempos. There is a noticeable degree of power within the percussion, as the drummer does not take a backseat or settle for simply holding the beat, and instead produces intriguing and dynamic drumlines. Also, the mix was done in a way  so that the spotlight is equally shared and the bass is even able to sneak in a few low blows to the listener’s eardrums.

My biggest complaint for the album is the lack of interconnectedness and development between the tracks. While every song sounds separate from each other, they aren’t diverse enough to make a spectacle of this variety, resulting in a flat listening experience. There are moments where alternate sound is cut in, for instance the sounds of a pac-man arcade cabinet, some horrific cathedral ambiance, and a different take on the classic Halloween theme. These moments are entertaining, but are few and far between and an oversaturation of dramatic gimmicks would minimize their charm. Also, A Light In The Dark is a bit too lengthy for its own good and could definitely stand to have some fat trimmed from it to produce a more concise and focused experience.

There is an undeniable level of potential present in Next To None. The band has a relatively high degree of skill for musicians who have yet to graduate/are on the brink of graduating highschool. Unfortunately, the album lacks a clear direction and relies on gimmicks to shake things up, which results in an overall cookie cutter listening experience. Still, A Light In The Dark is a commendable effort and will hopefully serve as a stepping stone for the band to further develop. Down the road, I could see Next to None making waves in the progressive metal scene and presently, they are worth giving a listen to.

IN A NUTSHELL
Solid performance for an up and coming band.
High degree of musicianship
Moments of intrigue and entertainment
NEGATIVES
Bloated, flat performance
Reliance on gimmicks
3