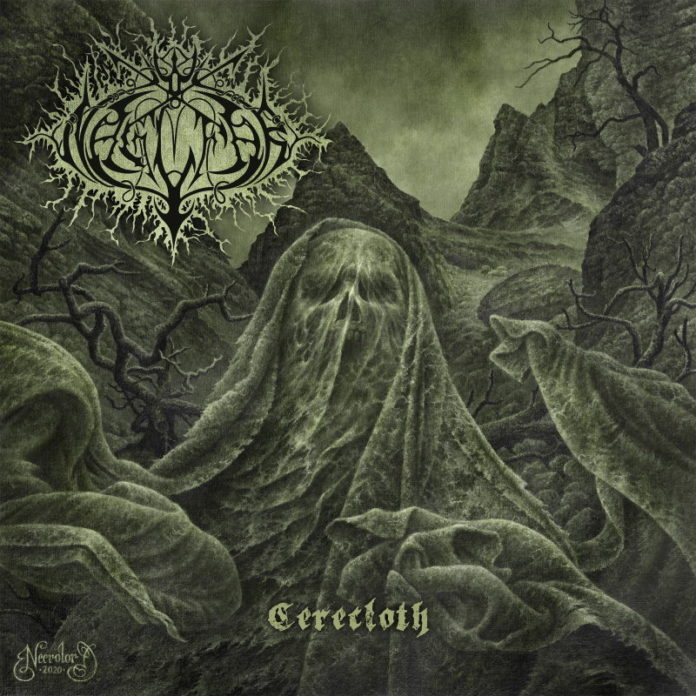 Making their return after an eight-year hiatus (aside from an ‘early works’ compilation in 2018), Naglfar are determined to remind listeners of their skills and credentials, simply by delivering an engagingly powerful album that plays to their strengths.

Immediately bursting into high-tempo, high-powered mayhem with opening track “The Dagger in Creation”, the Swedish group deploy their nerve-rattling with evident confidence, with their performance showing little sign of the stretch between albums. It’s a veritable storm of black/death metal from the first moments, thoroughly asserting their vicious side before starting to slip in some melodic tenderness.

Progressing from there, the general ratio of mayhem to melody stays fairly in-line with the early settings, though a couple of tracks do buck the trend. There’s the relatively sedate opening of “Necronaut”, for instance, which builds its body up around an mournful guitar riff before dissolving back into that same riff, and “Like Poison for the Soul” makes thorough use of doom-ish plodding chord strains from measure to measure.

But for the most part, tracks like “A Sanguine Tide Unleashed”, in addition to showcasing the band’s sharp phrasing, deliver tightly-crafted belts of black metal that blast away with little mercy. That’s not to suggest that they’re lacking in nuance; on the contrary, there’s quite a bit of complexity going on with the interwoven rhythms, and even in the densest song sections, the mixing never falls into muddled tone or timbre. Respect for that goes to guitarist Marcus Norman, who pulled double duty as the album’s mixer, and the accomplished Dan Swanö, who handled mastering.

And, while the overall character of the album is consistent, there’s certainly enough breadth of expressive particulars to keep the experience from getting predictable. When they deploy hooked riffs, they hang in memory, to be sure, but Naglfar make sure to fit those pieces into a turbulent whole that defies easy digestion.

Though it does tend to feel as though the band isn’t pushing themselves as much as they could have, creatively speaking, what is put forth on the album is pulled off with technical and emotive luster. Taken as a reassurance from the band that they’re still in action, it’s an effective and welcome reminder of their clout and venom; taken as an album on its own, with the abrupt end of final song “Cry of the Serafim”, there’s an implicit promise that they’ll be back with more before too long. As long as they keep up the quality shown here, that follow-up should be a sure thing,