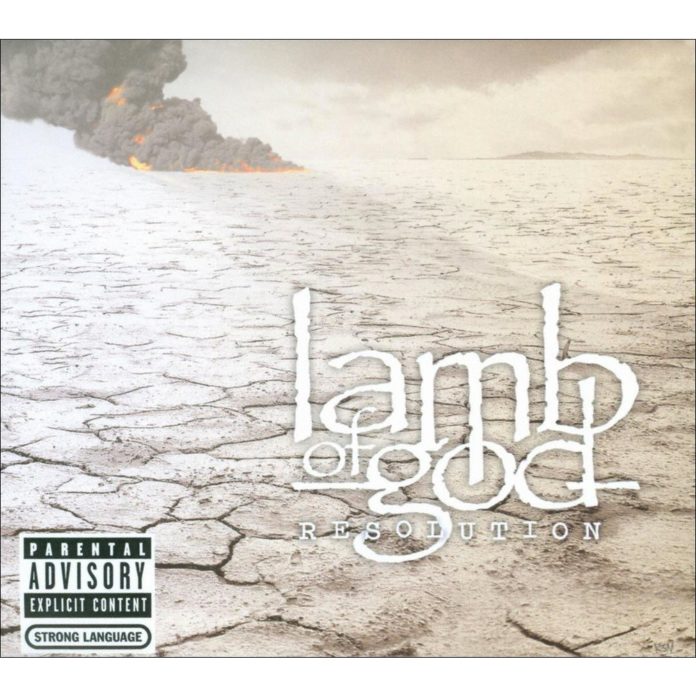 The (still relatively) new year sure does kick off with a bang; one of modern metals biggest bands, Lamb Of God, released it’s latest album Resolution only two days ago. Of all the metalcore bands that jumped ship to mainstream labels, Lamb Of God has arguably had the most success; but can they keep it up? The answer for the most part is yes, and if you’re already a fan you will no doubt be pumped about what you hear on this album.

Resolution maintains the same grand scope that Lamb Of God seems to inject in nearly every album they write – at times, it almost sounds like songs are a bigger part of a whole. The best song to illustrate this point is “The Number Six”, filled with climatic choruses, great use of dynamics, and a “wow” factor that  these days only Lamb Of God seems to be able to pull of consistently. Compared to their previous album Wrath, Resolution is a bit slower paced and almost conjures up memories of As The Palaces Burn, with it’s emphasis on groove and songwriting rather than catchy hooks and melodies. While this isn’t a bad thing, it does at times make the album harder to just “pick up and listen” to like some of their works previously.

Actually; that’s a good point to stop on and explain. Whereas almost nearly every song on Wrath felt like it could be a single, Resolution has far fewer of these “woh” moments, and instead I found myself appreciating it more as I continued to listen to the songs. For the hardcore fan this is fine, but for the more casual metal listener this could pose a few problems. Lamb Of God are still one of the few bands from the golden years of metalcore who’s reputation has stayed nearly intact; yet manged to grow their fan base exponentially. I think with Resolution they’ve fallen off the tight-rope that they were walking on; it still has that signature sound that they’re known for: sharp drums and a guitar tone that’s as recognizable as anything out of the Adam Dutkiewicz Killswitch Engage camp, but that can only realistically carry them so far. Basically the album is sufficiently solid, but risks leaving behind casual fans with the lack of instant hooks and catchy riffs. All the elements are there, but you now have to actively look for them instead of it just hitting you in the face.

Another point of contention; Lamb Of God’s Resolution is meticulously well crafted, that much is certain. Production manages to hit a near-perfect medium of being sufficiently “loud” while still retaining most of it’s dynamics – something that Wrath often struggled with (if you don’t believe me, go listen to “Grace” off Wrath and try to explain why the intro is the same volume as the rest of the song. It leads to a rather unsatisfying listening experience.) throughout the album. However, Resolution is certainly nothing new from Lamb Of God, while there is nothing wrong with that in theory (I would always rather have a band stay consistent like Lamb Of God than go through hills and valleys like, say, Atreyu does with each of their albums) at some level it is a little disappointing knowing that these guys are some of the most talented people in modern metal, yet in reality the differences between their last album and this one are relatively minor in comparison to some of the great leaps they took between previous albums.

If you’ve been a fan of Lamb Of God for awhile fear not; not much has changed. How you look at that is almost entirely up to you- Resolution is a very good album that will manage to retain their fanbase, but I can’t see it  growing much with this album. For one of the biggest names in metal, that’s not such a bad thing. At least it’s much better than creating an album that abandons nearly everything your band was known for in the past for pure radio hooks, as other bands have fallen prey too,