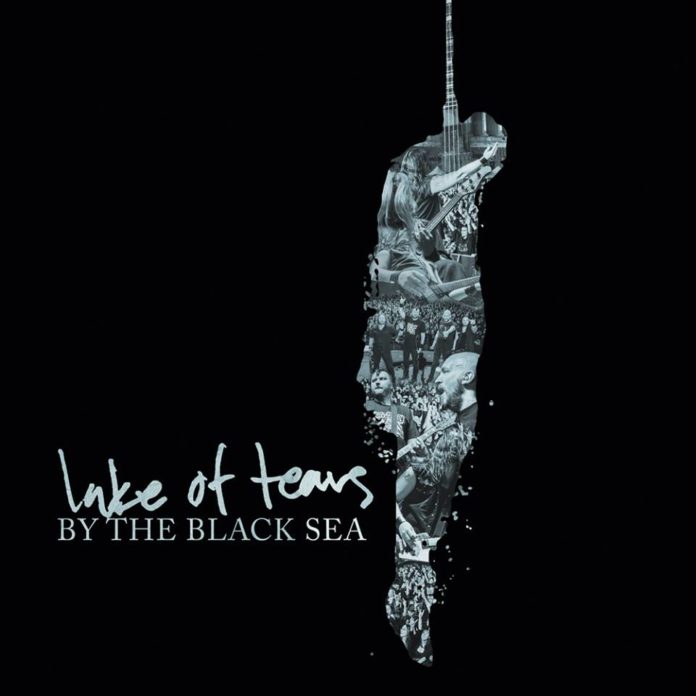 Lake Of Tears formed in the early 90s as a somewhat straight-forward doom metal band, but over the years the initial sound went in a more gothic rock direction, as well incorporating elements of prog and psychedelic rock. The band has earned their status as legends, though, through longevity (disregarding the break-up in 2000 and subsequent reformation in late 2003), lots of touring, and 8 full length records.

One puzzling aspect of the band’s career is that they haven’t had a live album yet, which is a bit unusual for a band whose career spans over 2 decades, but 2014 brings the long-suffering fans By The Black Sea, and the fans certainly won’t be disappointed with this offering. The song selection spans the band’s career, having at least one song from every album, with the exception of Moons And Mushrooms, which is a shame because there was some great material on that record, but with 16 songs, you can’t complain too much. The songs were chosen exceptionally well because the flow of the set feels like a proper studio album; more upbeat songs to get the crowd pumped, slower ballads to calm everything down a bit, and the last song, “Forever Autumn,” ends things on a soothing note. The downside to this, though, is that it shows a flaw in the writing abilities of the band; the songs flow so well together that if you aren’t very familiar with the band’s back catalogue, you’d think these all came from the same album. There’s something to be said for consistency, I suppose, and the band has certainly made some big changes in their sound over the years, but it’s a little troubling that the songs all have the same formula, more or less; the ballads sound the same, the faster songs seem to blur together, and the super chuggy riffs sound a little recycled.

The production is absolutely top-shelf for the most part, and again, if it weren’t for the banter between songs, and the occasional crowd noise, you’d think this was a studio album. The lead vocals are good and loud, but not overwhelming in the mix, however the backing vocals sound a bit drowned out by the rest of the instrumentation. Daniel Brennare has a very distinct gravelly voice that sounds like a mix between Lee Dorian of Cathedral and James Hetfield’s lower register; it serves him well for the more energetic material, but actually falls a bit flat when the song calls for a melodic sound, and is at times downright unbearable during the ballads. The guitar work is pretty simplistic overall, with few moments of actual heaviness; Daniel plays some rather straight-forward rock and roll style riffs, though with a slightly depressive edge, and Fredrik Jordanius lays down some lead guitar work that has moments of “hey, that was pretty cool,” but mostly the guitar work is more geared towards setting a dark mood than anything. The keyboards sound a bit more like church organs most of the time, which lends to the atmosphere and come off sounding like something you’d hear on the Lost Boys soundtrack, which of course definitely places this music in the gothic arena. I’d say that the music is more along the lines of Sisters Of Mercy than My Dying Bride, and there’s also a very big glam rock vibe to the riffs. The drums and bass guitar aren’t very flashy, but they work as a great backbone to the music, and the bass in particular helps bring the heaviness out of the slower riffs. “House Of The Setting Sun” is a stand-out track, and certainly my pick for the best of the bunch; it starts out slow and morose, and builds up into a good heavy riff that sounds like an early Paradise Lost riff.

If you’ve never heard Lake Of Tears before, this is an excellent starting point, and you can see for yourself who H.I.M. stole all their riffs from; this will also certainly appeal to the fans of the band as the sound is pretty consistent with the studio work and covers most of the band’s career output. More traditional doom fans looking for something a little more depressing and yet heavy probably won’t find a whole lot to like here.