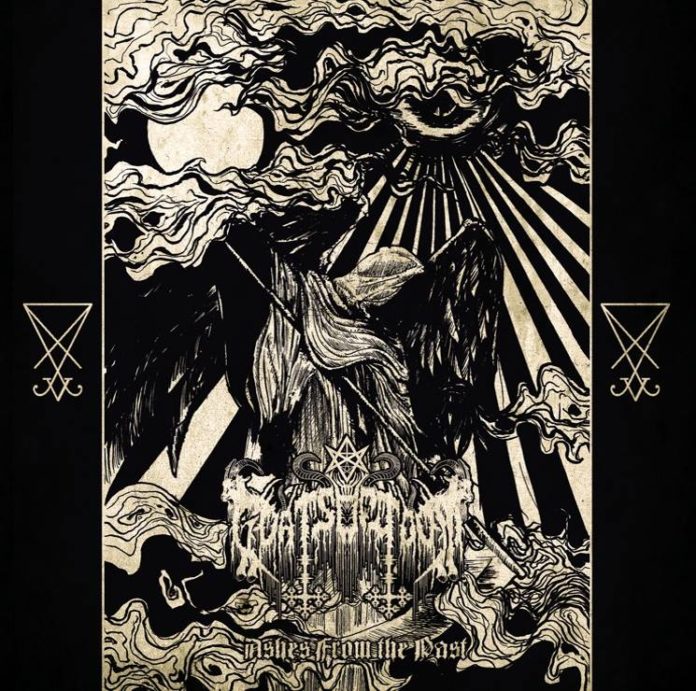 Nobody likes to be compared to someone else. If you’re a musician, to hear “you sound like…” is probably annoying, especially if you want to make your own mark in the genre. Sometimes, however, it is impossible not to make these connections when you listen to a new band. Thankfully, that’s not always a negative thing

In their EP Ashes from the Past, Goats of Doom (“GOD”), a black metal band from Finland, deliver three unforgiving and powerful satanic tracks that will certainly please the fans of the genre. They seem to have spared no expense in producing a really solid release, paying close attention to the production; personally, it is really refreshing when a black metal band goes out of their way to make sure the production really does justice to the music, without falling into the obnoxious trend of underproducing it to be “kvlt”. While it is by no means a super clean and polished record (and it sure as hell shouldn’t!) it is nice to see that the music doesn’t come off as just noise.

If you’re a fan of black metal, then when you listen to this EP bands like Watain and Dissection will definitely come to mind; and for good reason. GOD really take a melodic approach to black metal, in a way that is really reminiscent of what both of those bands have produced.  For a band as young as GOD, to be put in the level of such gigantic black metal acts might seem like an overstretch, but the truth is that these guys really have everything they need to be at that level.

Still, with only 3 songs to speak of, it is hard to make a fair assessment of what GOD is capable of doing in the long run. While, as I said, the parallel with Dissection and Watain is definitely not a negative thing, I’m really looking forward to see what they are capable of doing once they find their own voice. If in just 3 tracks they were able to keep me on the edge of my seat and create an unnerving feeling, I’m sure that in a full length they’ll have me climbing up the walls.

Give them a shot.

Goats of Doom – Ashes from the Past
Reader Rating0 Votes
4