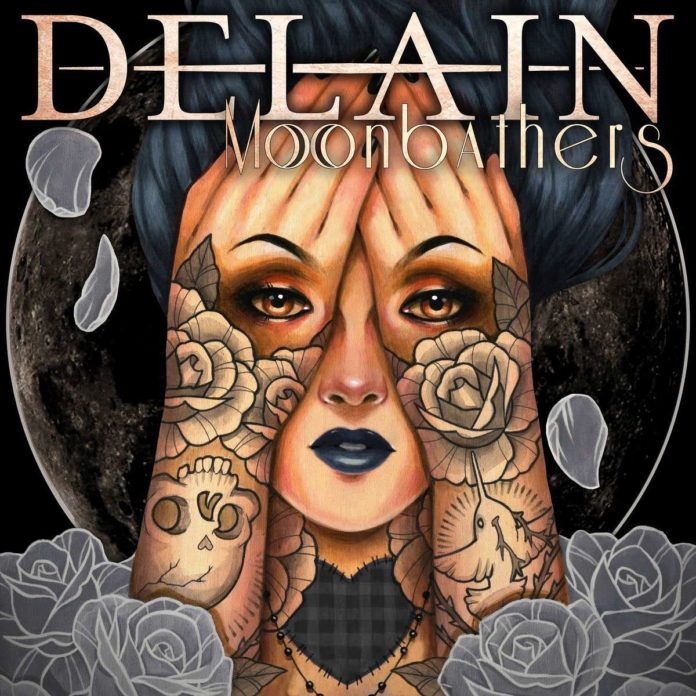 For their tenth anniversary, Dutch band Delain are looking to please past fans while putting together material that will draw in some new ones. While the album holds some respectable efforts, the whole comes off as more being bitten off than they can fully chew.

With symphonic glazing over power metal with a dash of doom, Charlotte Wessel‘s vocals are the most ambitious part of the album, though a few of the passages which switch focus from hammer-beats to the symphonic backing pull off some nice tricks. Apart from that, unfortunately, there’s not much to pick out as particularly fresh or uncommon, be it in execution or technique.  Even though everyone seems to be playing with earnest commitment to their work, the moments of striking inspiration come so irregularly that it feels as though they would have been better served condensing them down into a shorter but more consistent release.

The sections which are more sparsely instrumented (such as the keyboard-focused intro of “Suckerpunch,” or the restrained bars of “The Hurricane”, letting the vocals take point) come off as some of the most effectively-realized portions of the album, as the tendency to just pile everyone into other parts weighs down the high-flying symphonic inclinations. As understandable as it is to use all the musicians you have, the strength of the simpler material, such as “Chrysalis – The Last Breath” (with Wessel singing counter-point to herself in parts, to nice effect) stands out so distinctly that it’s difficult to imagine the band not being aware of its contrasting standing.

The inclusion of a Queen cover (“Scandal,” from The Miracle) is a sweet touch, as is its placement as the third-to-last track, matching its positioning in the original album. Whether the non-change of drum and guitar dynamics for its performance are interpretation or lack of range is up to the listener to decide, although it would have been nice to hear them stretch their style a bit more when taking on another band’s piece. Final track “The Monarch” does deliver a pleasing finish, with a near-midpoint crescendo sliding into a soft exit of keys and subdued vocals, showing some of the contrast that could have serviced the album to fuller extent.

Perhaps the imbalance that is present in the album is due in part to a perceived need to give fans more of what’s been offered on previous albums, and the difficulty of juggling that with actual progress would likely be felt keenly by a band celebrating their tenth anniversary. Although it might be pointless to make guesses regarding the internal dynamics of the band, taking their possibilities into consideration does make it a bit easier to come to terms with this album,  with its signs of being pulled in so many directions that it ended up with a lack of tonal/environmental coherence. Hopefully Delain will consider that debt to past performances paid with this album, and be able to progress more confidently towards new grounds with their next release.

IN A NUTSHELL
Good efforts and some enjoyable moments, but not something which really succeeds in distinguishing itself from similar acts
POSITIVES
Strong use of vocals
The symphonic elements are integrated without being too overbearing
NEGATIVES
Treads some well-worn territory.
Aside from some of the guitar rhythms, the album doesn't have much to keep it from sounding like something that would have been released a decade ago
3.5
Support the band (and US!) by purchasing their albums!
Amazon USAmazon UK