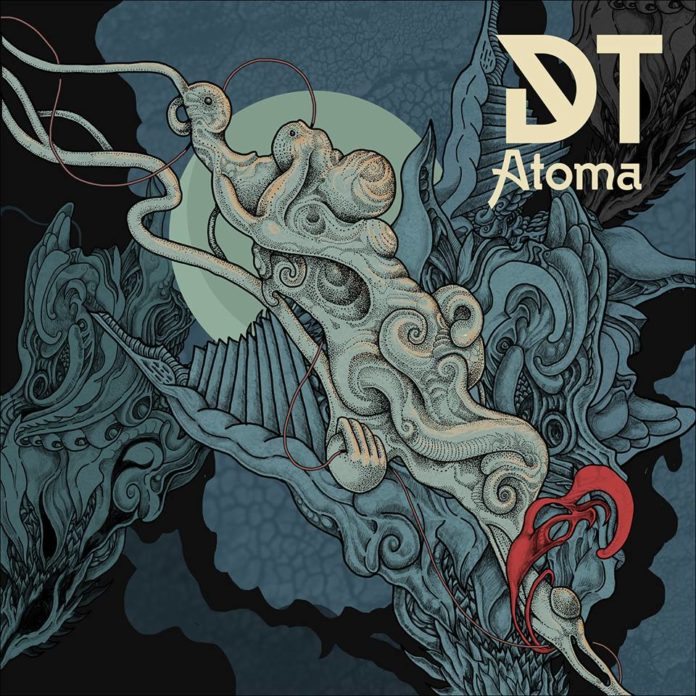 Confession time: I haven’t listened to Dark Tranquility since Damage Done. This wasn’t out of disgust with the album, but just the result of a waning interest. Seeing Atoma looming over the horizon made me figure that it was time to dust off the melodic death metal act and give them another go.

The album begins with a brief moment of terror for fans of Opeth who won’t listen to any album made after 2008. The intro has that weird, half-baked, 70s prog rock mixed with horror vibe that permeated the entirety of Heritage. Fortunately, this is an isolated incident, and the rest of the album is free of such nonsense.

The most notable quality of Atoma is its huge production. The sound has a feeling of overwhelming enormity, but also soft at the edges, making what could have been crushing weight into complex theatrics. The vocals, as most would expect, are delivered in the middle ground of a growl and a scream, with excellent enunciation and peppered with sections of clean vocals. Bass lines thrum alongside the guitar without getting drowned out in the sea of noise. Also, no song overstays its welcome as most hover around the four-minute mark, making for a lean and clean-cut performance.

While Atoma is technically sound, there are some odd choices in style and a lack of personality that hinder the performance. There are moments of borderline electronic sound coupled with industrial chugging that feel out of place and defang the ferocity of the performance. This break of aggression is accented with light, dainty keys, which turns drama into melodrama and is sure to induce an eye-roll or two. I’ve likely missed some key steps in Dark Tranquility’s evolution over the past 14 years, but I recall them packing a lot more punch. Atoma, while it has its anthemic and headbanging moments, feels tired and lazy, as though it just doesn’t want to try at all. Melodic pieces working with chaotic sections can generate texture in a performance, but that effect is lacking here.

Dark Tranquility display the mature qualities one would expect of a band with their experience. The production values are high, the album is arranged with competence, and yet I can’t help but want more out of a band that are approaching their 30th anniversary. The album just feels safe, and while it avoids offending, it also fails to excite. The most noticeable “innovation” is the electronic elements that add nothing to the sound and are an uncomfortable fit at best. Perhaps I skipped over some important developments for the band, but it seems like it’ll be another 14 years before I give them another spin.

In a Nutshell
Unlikely to blow your mind or make you think, but it is well put together.
Reader Rating3 Votes
Solid production
Competent musicianship
Odd stylistic decisions
Lazy effort
3
Support the band (and us!) by getting their album!
Amazon USAmazon UK