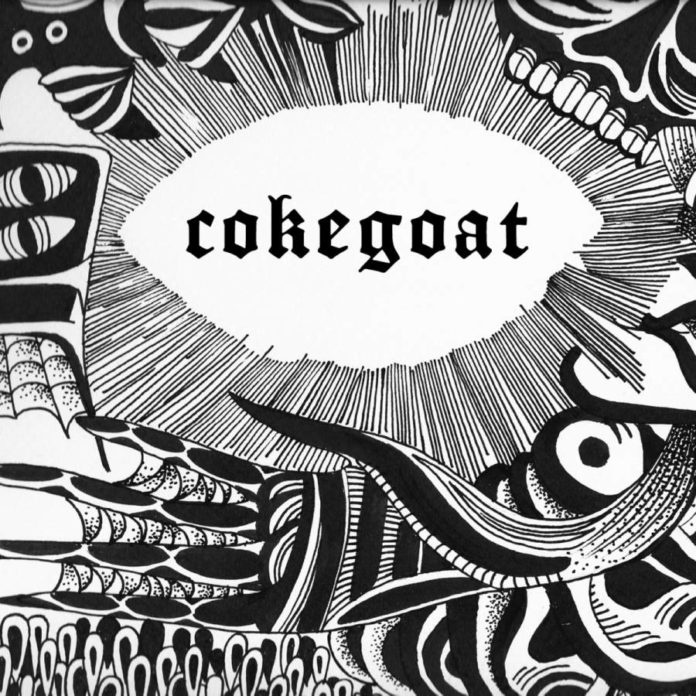 I feel like atmospheric sludge went into a slump almost as soon as it started to blossom. There are groups like Isis, who can somehow make music that’s atmospheric, technical, and emotionally moving all at the same time. And then there’s an endless parade of imitators who only exist to show us all the different ways the formula can be done wrong. This perfection of elements exists in a tenuous balance, and upsetting it makes the entire equation collapse under its own weight. Some bands are able to get away with more of it than others, but every attempt from the inexperienced seems doomed to failure, or at least mediocrity. The latest album to grace my sights is Vessel, by Chicago sludgemeisters Cokegoat, and while there’s a lot I enjoy here, there’s even more areas where I can’t help but find it wanting.

The musicianship on here is all far beyond par, especially especially the drumwork; the band sticks together with a synergy not often seen in modern acts, with dueling guitar leads and rolling drum fills proving their skill. But that’s all these songs seem to be; proof of skill. The riffs don’t serve to do anything other than showcase the group’s talents for working in polyrhythms and odd time signatures, and that wouldn’t be a problem if they were catchy. Even Mastodon still know how to write a catchy tune, and they’ve completed their ascension into the celestial realms of arena-rock progwank. Throwing in nothing but progressive flourishes instead of concentrating on the actual songwriting is akin to serving up a main course that’s nothing but spices. I’m not judging anyone who likes this kind of thing – hell, I have a friend who will eat those ramen noodle flavor packets straight. But I’d rather keep my blood pressure at a healthy level.

My biggest complaint with the release is its pacing, or the total lack thereof. Most songs exist in the same mid-paced sludge limbo that countless members of the Cult of NeurIsis have been stuck in for their entire careers. You know the one – the guitars hammer out the same riff, the drums plod along to nowhere, the bass isn’t even noticeable, and the lead singer roars like a wounded bear in a voice that says “I AM NOT GOING ANYWHERE.” Cokegoat do try and escape from this formula, most successfully on the track “Dogs” – I wish I could remember more about it besides how annoying and atonal the riffs were. But overall, it’s just loud, and it doesn’t justify its loudness very well. Most people deride post-metal for its over-reliance on the build-climax-release formula, so it’s good to see that Cokegoat are eschewing this for the most part in favor of something new. But that doesn’t mean what they’re doing works.

Still, kudos to Cokegoat for attempting something new with the progressive elements, because God knows this genre needs a swift kick in the pants. But when the new ingredients aren’t working, there still isn’t much to recommend Vessel, even if it is trying (and succeeding) to not be just another post-metal retread. It’s something different, but I wouldn’t call it something special.