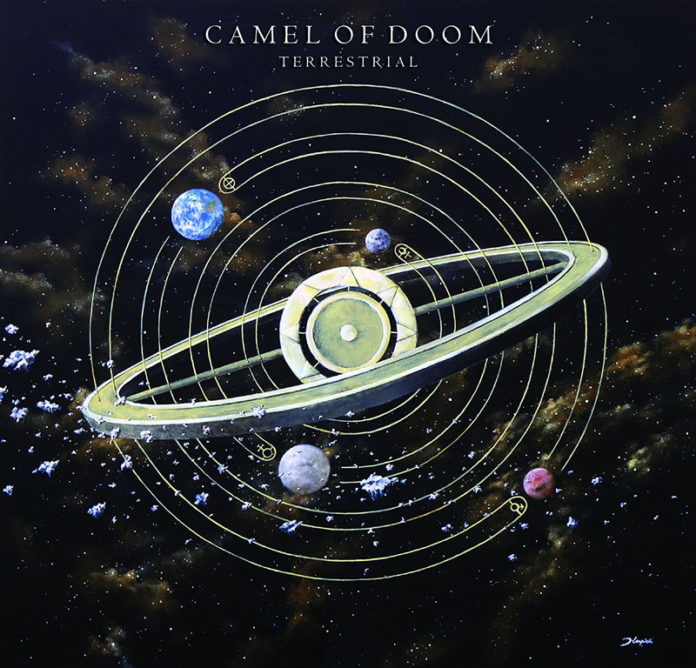 With its cover art of celestial patterns, track titles hinting at proggy expansiveness (like “A Circle Has No End” and “Extending Life, Expanding Consciousness”), and half of the tracks running past the ten-minute mark, the new album from Camel of Doom (they couldn’t have gone with, I dunno, Doomedary?) gives impressions of size and grandeur from the moment it’s picked up and examined.

Kicking off with “Cycles (The Anguish of Anger)”, the band thunders quickly into heavy storminess, thick waves of bass melding with thumping drumming and trenchant growls while rhythms and tempos rise and fall.  In terms of style, there’s a doom base with some sludgy aggression and tonal edge, the aforementioned proggy wanderlust, and a touch of post-metal in the experimental nature and drum arrangements (plus the frequently cosmic/existential nature of the lyrics).

To the band’s credit, they achieve an ‘epic’ feel without the negative baggage that the term has accrued over the years. The songs are big, sprawling, and highly ambitious, but there’s rarely a sense that they’re just filler.  Instead, it feels as if the songs naturally grew to their final sizes as a result of the work put into practicing and playing them, with the band being reluctant to cut them down too far and lose some of the towering power they achieve.  On another impressive note, the songs flow quite well from one into the next in terms of tone, harmony, and energy, so once you get started on the album, it’s hard to jump out partway through the experience.

Though things mostly splash around in the low-end of the sonic range, the production does a nice job of keeping the various elements distinct in the execution without making things too sterile or disengaged from one another.  Grumbling rolls from the bass play against strained feedback from the guitar, mixed so that you can focus on either or both, depending on your preference.

Overall, it’s a very strong album which does a great job of realizing its goals. While I wouldn’t plaster it as a full recommendation across the metal spectrum (those who prefer things at regular high speeds would be liable to get antsy) I would give it an emphatic push to those metal fans on the heavier end.