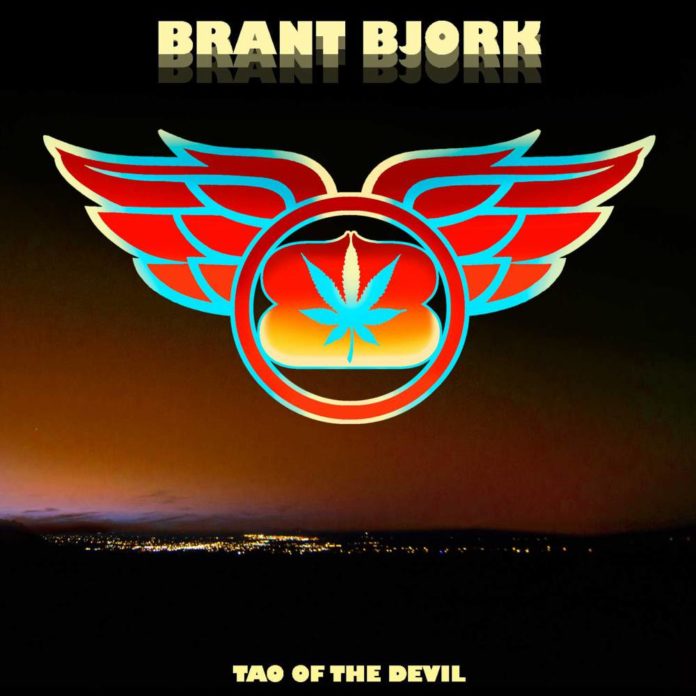 As a founding member of one of the most influential scenes in rock history, Brant Bjork has played on and produced some truly iconic records over the years. Whether it’s his drumming on Kyuss, Mondo Generator, or Fu Manchu records, or his own rather extensive solo discography, chances are, if you’re interested in stoner rock, you’ve heard him before. While mostly known for playing a heavily 70s-influenced form of hard rock, Brant’s solo output has been much more experimental, with sounds ranging from jazz and funk, to latin-influenced psychedelia. With 2014’s Black Power Flower, Brant made a return to his heavier roots and, armed with his backing band, the Low Desert Punk Band, released a pretty solid stoner rock record. After touring and hitting a few festivals, Brant and company return with Tao of The Devil and, I’m happy to say, it has been worth the wait.

Saying a stoner rock record is influenced by the hard rock/heavy metal scene of the 70s is almost the same thing as saying water is wet. Still, Tao of The Devil is deeply indebted to that decade, though in all the best possible ways. Opening track “The Gree Heen” (you get two guesses on what “the green” is) has a heavy “Sweat Leaf” by Black Sabbath, with its slow, bluesy pace and deep guitar tone. Even when the pace picks up midway through the track, the heavy blues-rock riff has a killer old-school vibe that would cause any fan of the 70s to nod his or her head in approval. “Luvin” has “Godzilla” by Blue Oyster Cult written all over it but, just like “The Gree Heen,” it pays homage to them, it does not rip them off.

The overall mood on Tao of The Devil is super laid back, which is kind of a trademark of Brant’s solo sound, though this record has a lot more focus (and even more bite) than anything he’s done outside of the other bands where he has played drums. Case in point, just listen to “Dave’s War,” which has one of the best damn transitions from rowdy rock and roll to laid back blues. The quieter section reminds me of the more psychedelic moments of Carlos Santana’s early output, since there’s a distinctly latin vibe, brought on by the bongos, and a great Robin Trower-esque guitar tone. This is the perfect music to space out to, but it is only one movement in what I would consider to be an absolute hard rock masterpiece.

As I said before, Brant and company sound more focused on Tao of The Devil than on Black Power Flower, and the production is much more befitting to this style of music. Where I wanted to hear more bass on the last record, I think there is the perfect amount of low-end in the mix. The songwriting is more effective, and mixes in a little bit of everything from Brant’s solo discography much more seamlessly. Call it stoner/desert/hard/blues/whatever rock, Tao of The Devil is a great record that manages to sound laid back while still keeping a heavier edge, and may very well be one of the strongest records in Brant Bjork’s career. Break out your lava lamp, velvet blacklight posters, and throw on a copy of Tao of The Devil. You won’t regret it.

IN A NUTSHELL
The "Desert Punk" himself has released a solid record that delivers on what previous efforts have only hinted at.
POSITIVES
Great production
Solid musical performance
Great transitions between tones
NEGATIVES
If you're expecting Kyuss or Fu Manchu, this might be a little more bluesy than you're looking for
5
Support the band (and US!) by purchasing their albums!
Amazon USAmazon UK